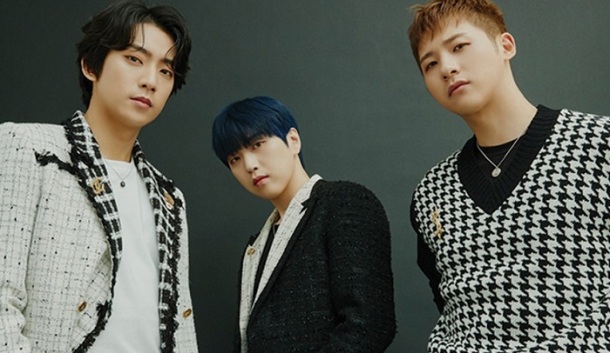 2020 has defied expectations at every turn, but one thing I never expected to see is a B1A4 comeback. For me, B1A4 are one of K-pop’s definitive groups, with an incredible catalog of music. But, it’s been over three years since they’ve graced K-pop with a new album. The release of Origine follows a reconfiguration of the group’s members. They might as well be called A3 now, as their roster has lost a “B” and an “A” (the letters correspond to members’ blood types). Reforming as a trio, CNU, Sandeul and Gongchan have unveiled Like A Movie (영화처럼), which sounds more like one of their album tracks than a traditional B1A4 single.

For me, most of B1A4’s personal appeal comes down to leader Jinyoung’s songwriting. Now that he’s enlisted and left WM Entertainment, their music has fallen into the hands of CNU, who has composed many of their b-sides. I’m happy to see his work getting some deserved spotlight, but his style has never quite clicked with me the way that Jinyoung’s did. So unsurprisingly, I find Like A Movie a bit underwhelming. After three years away from the industry, this doesn’t exactly feel like the big B1A4 comeback I may have hoped for.

Likely inspired by Sandeul’s incredible success as a balladeer, Like A Movie takes a more subdued approach. Its midtempo beat is ornamented by muted symphonic elements and off-kilter synth accents. In fact, its verses sound a lot like something Crush might have come up with. B1A4’s unique flair shines most strongly in the chorus, which has the gentle grace of a waltz as airy backing vocals buttress the main melody. But, I think the whole track is too mellow for its own good. A song like this doesn’t need some ridiculous, hit-you-over-the-head chorus, but it misses the opportunity to fully lean into its cinematic influences. The bridge and final chorus build to some satisfying crescendos. Yet, the song doesn’t leave much impact after it concludes. It feels more like a palette cleanser than the definitive highlight of a new B1A4 album.