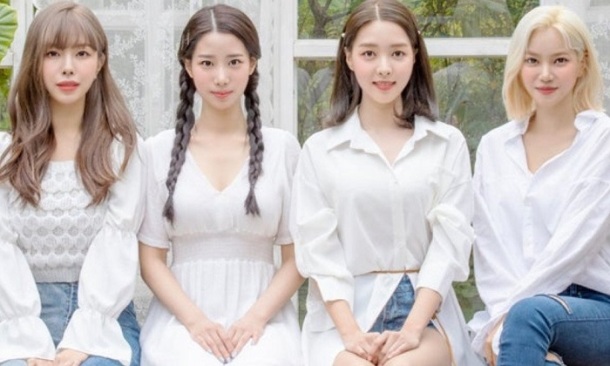 Berry Good are a resilient bunch. It’s been over a year since their last comeback, and when you’re talking about a lower-profile group that kind of a hiatus can be very anxiety-producing. But, the girls are back with new single ACCIO (presumably named after the magic spell in Harry Potter). Upon hearing the first teaser, which highlighted the chorus’s instrumental, my interest in the track was definitely piqued.

And while ACCIO doesn’t quite come together in the way I might have hoped, I’m very charmed by its throwback appeal. With so many girl groups opting for edgier sounds this year, ACCIO sounds as if it could slot neatly within 2016’s “innocent” trend. I’ve always liked this sound, as it tends to hinge strongly on big pop melody. I’m a sucker for a bombastic chorus, and ACCIO just about delivers. I think the actual refrain could be a little stronger, but I love the hearty instrumental that underpins it. Guitar gives the track a great surge that matches the energy of the girls’ ebullient performance.

ACCIO’s verses don’t amount to much, but they have a pleasant – almost trot-like — bounce that’s driven by what sounds like (synth?) accordion. Meanwhile, the soaring bridge conjures debut-era GFriend as it ascends to a series of high notes. But make no mistake about it: ACCIO’s ultra-positive, two-pronged chorus is the song’s rightful centerpiece. It’s not subtle in any way, but I don’t think this style of pop music should be. I’d expect nothing less from a group with a name as delightfully punny as Berry Good!