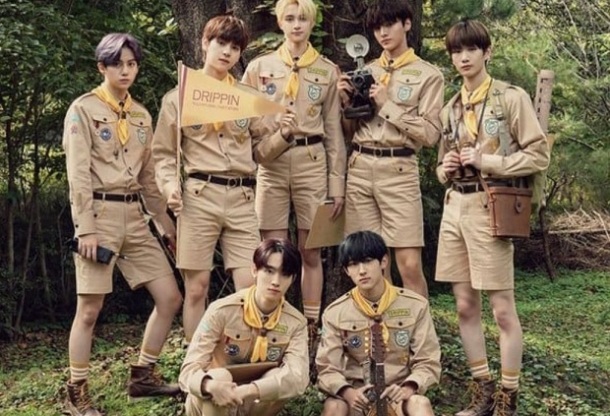 When it comes to follow-up singles, K-pop agencies have been choosing material I never would have gone for. I mean, aren’t they reading my “buried treasures” series??

Kidding aside, I’m happy that Woollim are giving rookie group DRIPPIN a second music video to promote their album. But, they’ve somehow managed to pick my least favorite song! Luckily, the album itself is very strong, so Shine is still a pleasure.

Even so, I’m not sure what Woollim are hoping to showcase with this. If they want to focus on the group’s vocals, both Colors and Light offer much more potent performances. If they simply wanted to pick the best song, Overdrive is waiting in the wings eager to unveil itself. And then we have Shine, stuck right in the middle of the album. It’s an amiable little pop song, with a catchy chorus that radiates warmth. It makes for a cute music video and a toe-tapping performance. And, it builds to a faux gospel choir that gives it a bit of identity.

If I had it my way, Shine would be fleshed out with a more exuberant instrumental. The production isn’t nearly as warm as the melody, and that keeps Shine from… well… shining. As it stands, the chorus carries the rest of the track on its back, fueled by the earnestness of the group’s performance. In the context of the album, it’s a great palette cleanser between more bombastic moments. On its own, Shine loses a bit of luster.