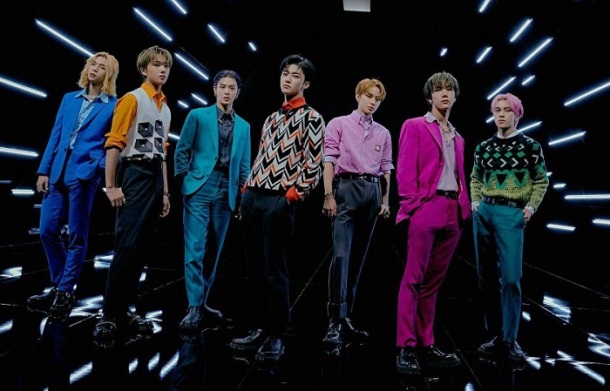 NCT is absolutely stuffed with talent and personality. But, that only goes so far without strong songs to harness it. On the whole, both parts of the NCT Resonance album remind me of a b-side collection. They’re not so common anymore, but artists used to cobble together unreleased material and outtakes into a special album created strictly with die-hard fans in mind. These albums were usually interesting and sometimes exciting, but rarely essential.

Though Resonance was buoyed by four title tracks, too many of its songs feel like scraps left over from superior albums. Work It is emblematic of this problem. It’s overflowing with talent (in this case, members Johnny, Yuta, Ten, Jungwoo, Hendery, Jaemin and Jisung), but the song itself is threadbare. The fact that it has four credited co-writers surprises me. It just doesn’t feel like there’s much to write!

Work It throws down a decent groove, but it’s hardly original. If you’re going to jettison a traditional chorus in favor of something more percussive, you had better conjure the most impressive, funkiest beat imaginable. Work It’s instrumental crackles with energy, but it shifts far too often to remain captivating all the way through. The descending synth during the chorus makes for a ho-hum anchor. The hip-hop verses would have been more exciting within the context of a different song, and wisps of vocals hint at the direction Work It’s hook should have taken. Instead, we get some awful “skrrt skrrt” posturing (how is this exclamation not a parody of itself by now?) and a hollowed out structure that delivers the bare minimum necessary for cool choreo. I hate to say it, but SM Entertainment really needs to try harder than this.