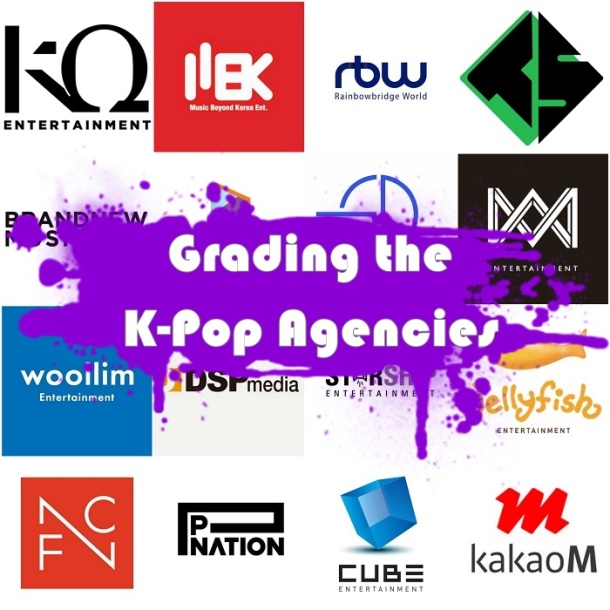 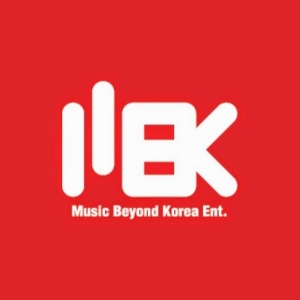 MBK’s Pocketdol Studio subsidiary had more action in 2020 than MBK proper, which makes me wonder if the agency is moving toward some sort of rebranding. They worked to get new boy group BAE173 off the ground, first through unit promotions with H&D and later with a full debut. Sales haven’t been amazing yet, but I like the fact that they’re entrusting the group’s sound to a single team of producers. That bodes well for their musical future, even if I’m unsure how successful the guys will end up being.

Meanwhile, DIA continue to struggle. Their one 2020 release came and went without much fanfare. It was neither musically nor commercially notable, and it seems only a matter of time before they fade from the scene entirely. Without a monster rookie waiting in the wings, I remain concerned about MBK’s long-term future. 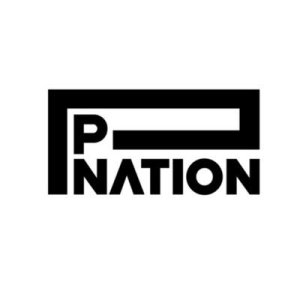 After a prolonged build-up, P Nation finally took its first few musical steps in late 2019. 2020 saw a number of releases from its roster of artists, and the agency is beginning to define itself as a “cool” alternative to K-pop’s more idol-focused companies. So far, Jessi has been the big breakout for P Nation, enjoying more success than ever before. This has been especially gratifying given her long career within the industry.

I don’t feel the same hype around Crush or Dawn, but the former had a steady stream of releases in 2020. Unfortunately, HyunA’s comeback was delayed due to a health-related hiatus. But, I’m glad P Nation is looking out for her well-being and letting her take the time she needs.

And come to think of it… weren’t we promised a PSY album in the summer of 2019? That has yet to materialize, which seems kind of strange. I even remember seeing clips from a music video. I hope the entire project hasn’t been shelved.

P Nation still feels like it’s gaining a foothold and establishing itself, but I see no reason why this agency couldn’t eventually become YG 2.0. All they need is that big, breakout idol group. And with PSY stepping in to judge a survival series with Park Jinyoung early next year, we might not have to wait too long for that to happen. 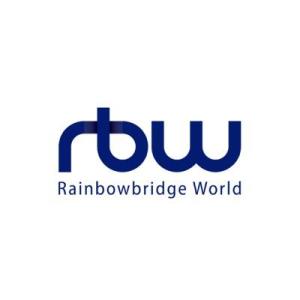 RBW has really struck gold with Mamamoo, and they’ve done well to capture the popularity of individual members via variety appearances and solo music. Hwasa continues to be an in-demand K-pop presence, and I think we’re only seeing the tip of the iceberg when it comes to what she’ll end up delivering as a soloist. I haven’t really enjoyed Mamamoo’s group work for a while, but they’ve truly become one of this generation’s leading girl groups. RBW has played a huge part in this growth, giving them frequent comebacks and seemingly endless promotion.

ONEUS is also a bright spot for the agency, growing their sales after a successful stint on Road to Kingdom. In their second year since debut, they really seem to be establishing themselves. ONEWE are a trickier proposition, as idol bands tend to be. But, I’ve got to give RBW credit for letting them release music pretty frequently and build their fanbase through covers projects online. Now we just need them to become a presence in variety. I’d argue that their personalities are one of their most engaging aspects, and that doesn’t always come through in their music.

RBW isn’t resting on their laurels, ready to debut new girl group Purple Kiss. Time will tell if they’ll be able to grow into another Mamamoo, but I think it’s wise that the agency seems to be pursuing a musical direction that doesn’t overlap. I don’t see any reason why RBW won’t have an equally successful 2021. 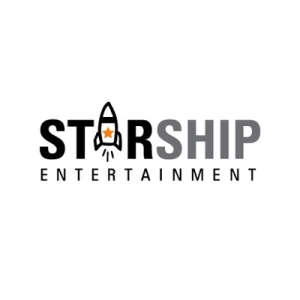 Starship remains a highly successful agency, but I feel like they’re stuck in a bit of a musical rut. Newly-debuted group CRAVITY sold boatloads of albums, but the agency didn’t bother to give them their own sound or purpose, instead relying on their pre-debut popularity. Right now, I feel like their albums are basically filled with Monsta X b-sides, which doesn’t seem sustainable in the long run. Still, CRAVITY have some time to work out these kinks, and I hope they do. They’ve got a lot of potential. They just need to find the right producer who can take them to another level.

Monsta X continued to feel the bruises of member Wonho leaving late last year, but that didn’t stop their incredible work ethic. The group released a steady stream of comebacks, including their first English-language album. Sales continued to grow, though they could use a big hit song that would cement their substantial popularity with listeners outside of their devoted fan base.

It was a quieter year for WJSN, with only one mini album release as a group and an odd little sub-unit song. Chocome didn’t seem to be all that successful, but the Neverland album was the group’s highest selling yet. More promo next year would be great.

Another artist who could do with more promo is Jeong Sewoon. He released the (very good) first part of his album, but a second half has yet to materialize. I’m not sure if this is still planned, but it feels like forever since we’ve gotten an update about his music. 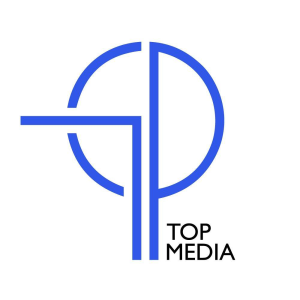 TOP Media’s big 2020 endeavor was the unveiling of new group MCND. I think this was a successful debut, both in sound and sales. They’ve still got a lot of room to grow, but I feel like I know what kind of group MCND is trying to be. And, it’s not just a copy of previous TOP artists.

In celebration of their tenth anniversary, Teen Top were given some long-overdue accolades this year. Sadly, this comes just as members are starting to enlist, which means new Teen Top music is unlikely for a while. And with all of 100% currently in the military, that pulls them out of the picture as well.

This leaves UP10TION, who are an interesting case. I remain baffled by TOP’s approach with this group. They currently have two very popular members, riding high on post-Produce hype. Yet, they’ve pulled these two away to promote as solo artists while forcing the rest of the group to struggle as seven. I don’t think this is helping anyone in the long run, and just seems to be a breeding ground for resentment and frustration. 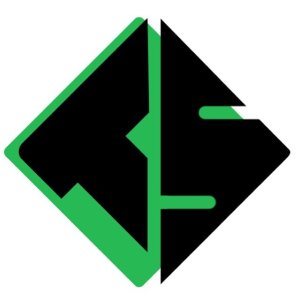 TS Entertainment has kind of been a punching bag throughout the years of this feature, and part of me wants to keep them in the conversation just to uphold that tradition. To be clear, the company is a trash fire, and they remained so in 2020. In fact, can we even call them a company anymore? To my knowledge, their artists didn’t release a single song in 2020. Instead, I assume the year was filled with more lawsuits. What a mess. I hope the remaining artists can escape… and fast! 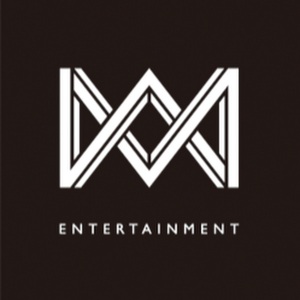 WM Entertainment have a major hit on their hands with Oh My Girl. Sometimes the long game pays off, and their hard work over the past five years has really been rewarded. They are one of 2020’s biggest success stories, and I’m over the moon for them. Now comes the all-important follow-up comeback. I really think this should have happened a month or two ago, but I’ll be eager to see what WM comes up with for them. I’m hopeful that they’ll revert back to the sound that made the group special in the first place. On the plus side, the company began to explore solo efforts with YooA‘s debut,

If I have one complaint about Oh My Girl’s 2020 work, it’s that Dolphin should have gotten a proper music video and promotions. I mean, it’s already a huge hit on its own, but imagine how year-defining this could have been with full promotions. In my mind, this was a major missed opportunity.

Boy group ONF continue to be a bit of a struggle. After Road to Kingdom, they seemed poised for a major breakout. And while their album did well, it wasn’t the enormous hit I think many were hoping for. Personally, I found their 2020 music to be a bit of a downgrade from past years, though I appreciate that they continue to stick with the same producers.

Veterans B1A4 really feel hobbled without two of their founding members. I’m grateful that they came back this year after such a long hiatus, but I found the music to be quite underwhelming. However, Sandeul has carved out a very successful niche for himself in acoustic, OST-type material. I think he’s going to have a long career in that realm, even if I won’t be listening to too many of those songs. 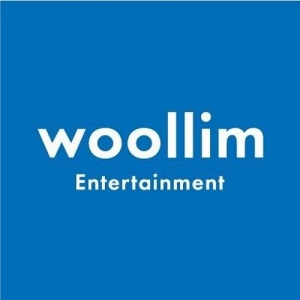 You all know how much I love Woollim Entertainment, which makes it hard to be truly objective when grading them. They continue to be my favorite K-pop agency, with an A&R team that really shares my taste in music. But of course, that doesn’t mean they’re perfect!

Golden Child had a great 2020, growing their fanbase by leaps and bounds despite an early elimination from Road to Kingdom. Across three comebacks, they continued to show their range. And unlike so many boy groups, they weren’t afraid to return to brighter material after going edgy and serious. Bomin has been successful in dramas, Jangjun is a variety star in waiting, and Joochan got to stretch his skills in a musical. Woollim has really taken advantage of their various talents, and I hope this continues next year.

Newly-debuted DRIPPIN are bursting with potential, and their sales numbers have been solid compared to other new acts. Woollim seems to be giving them a classic K-pop sound with just enough trendiness to remain competitive, and so far they’ve struck the balance just right.

I’m making peace with the fact that Rocket Punch may just be the first Woollim group I don’t absolutely love, and that’s down to their style of music rather than the members themselves. The company is doing a good job steadily growing their fanbase with the release of mini albums rather than the threadbare singles that many girl groups get saddled with.

Lovelyz is another story. The group is approaching their contract renewal date, and I’m a little worried about them. Queendom could have vaulted them up another level, but Woollim waited too long to take advantage of the hype. With only one mini album this year, they were not nearly as visible as they should have been. Thankfully, member Mijoo has turned into a real variety darling.

Infinite continue to remain in enlistment-related limbo, though I’m happy to see leader Sungkyu making his long-awaited comeback in just a few days. With the other members set for return next year, we could conceivably have some sort of group release in late 2021 (more likely 2022).

Finally, as a fan it’s been so nice to see more interplay between the different Woollim groups. Whether that’s in the form of agency cheering song Relay or the bickering dynamic between Jangjun and Mijoo, this kind of “family” feeling really goes a long way toward making the agency feel cohesive. And with an ever-growing roster of artists, Woollim would be wise to continue this approach.