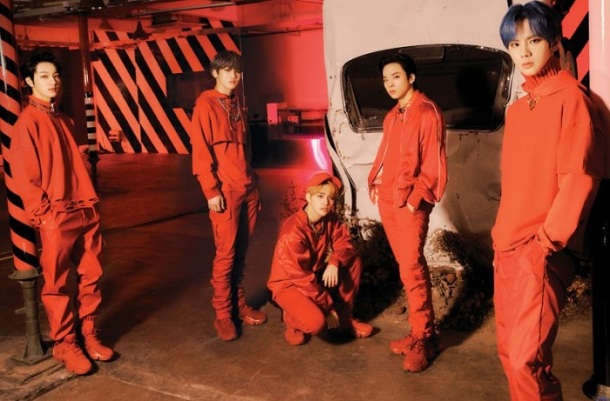 Barring a few exceptions, MCND’s music tends to take awhile to grow on me. What initially feels loud and obnoxious becomes a total earworm over time. This happened with both Ice Age and Crush. I find that it also helps to watch the guys perform the songs. They have such gleeful stage presence that it’s hard not to get swept up in the goofiness.

It’s been about two months since the release of the group’s latest mini album, but they’re diving back in for follow-up promotions with the track Not Over (아직 끝난거 아이다). As the final song on the album, I can’t say I gave it much attention back in January. In fact, I’m pretty sure I dismissed it completely. But returning with a new perspective has improved the song’s fortunes. I don’t think it’s as fun or memorable as either of those previously mentioned earworms, but it has its moments.

This is your standard boy group hype track, bounding along a fun, keys-heavy beat with moments of brassy EDM bombast. As with many MCND songs, Not Over’s pre-chorus is its most melodic piece. The rest is largely driven by the kind of puffed-up posturing that’s become commonplace in K-pop. The guys never take themselves too seriously – thank goodness – but I wish that the track made room for a more inventive chorus. I don’t mind the shouting, but neither the performance nor the instrumental is quite unique enough to stand on its own. Instead, Not Over comes across as a convincing take on this specific sub-genre of boy groupdom – neither better nor worse than most of its peers.