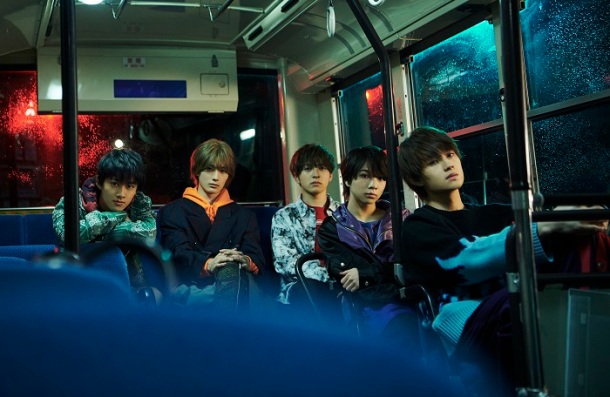 M!LK released my second-favorite J-pop single of last year, but I’ve followed them long before that. Though their early work drew from the idol world’s more exaggerated aspects, it’s been rewarding to hear their music mature and develop as the guys have grown older. Part of that development hinges upon collaboration, and that’s exactly what M!LK have explored on new single Energy. Rather than work with their usual stable of composers, each track on this single pairs them with new talent. This sort of gamble can result in great surprises, but I don’t think that’s the case here.

Energy sees M!LK working with rapper/producer Sanari. But despite its title, the track is pretty downbeat in sound. From what I’ve heard, Sanari’s own music utilizes vocal filters quite frequently, and that’s extended to M!LK. The guys’ vocals are given a near-constant warping, which I wouldn’t mind if the song itself was more interesting. Vocal effects can imbue a track with an otherworldly mood, giving it an evocative tone that’s impossible to replicate without those added touches.

Unfortunately, this effect also wipes away M!LK’s charms as vocalists, giving Energy a dull, faceless quality miles away from the wonderful Winding Road last year. The song also feels empty, with a generic EDM drop in place of a chorus. It’s in one ear, out the other, and largely hookless. This surprises me, because even when EBiDAN artists are at their most experimental, they always bring the hooks. Instead, Energy feels like a misguided attempt to gain indie credibility. It could be that the group just longs to expand their horizons, but I’d hope that they wouldn’t throw away their own colors in the process.