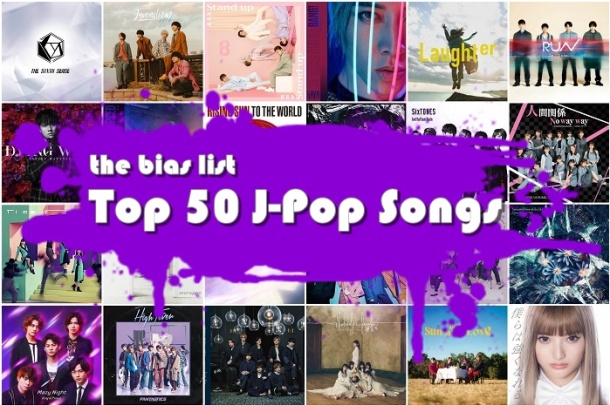 I’ve compiled a “Best of J-pop” list every year since The Bias List started, but it always came from a very narrow point of view. In 2020, one of my personal resolutions was to follow the J-pop industry more broadly and (hopefully) expand my palette in the process. So while those past lists definitely included some epic songs, this is the first one that I feel really satisfied with.

Because of this, I’ve expanded 2020’s countdown to encompass fifty songs — and I could have gone longer. You’ll immediately recognize the genres and sounds I tend to like, though the list is definitely more diverse than past ones. And since Japan releases music in a different way than Korea, my eligibility rules for this list are simple. A song only had to be released since I posted last year’s countdown!

The composer of my favorite J-pop song of 2019 (Hey! Say! JUMP’s Call & Pray) works his magic again. This time, Sawano Hiroyuki teams with Man with a Mission’s Jean-Ken Johnny for the percussive rock of Chaos Drifters. It’s a massive-sounding, guitar-driven track with one of the year’s best post-chorus hooks.

Hey! Say! JUMP’s I Am built upon the growth they displayed on their excellent 2019 album Parade, drawing upon a surging pop melody and chugging, guitar-assisted instrumental. The group are at their best when performing in unison during that colossal chorus. (full review)

Written by J-rock legend Yoshiki, Imitation Rain was not a typical Johnny’s debut. But, the risk paid off big-time. The dramatic rock dance ballad hybrid perfectly realizes SixTONES’ unique appeal, and will be difficult to top. The chorus is instantly iconic, but those soaring verses and sinister breakdowns are even more satisfying. (full review)

J-pop heavyweights Sandaime J Soul Brothers threw down the gauntlet with the show-stopping Rising Soul. The group echoes the 80’s synth revival with utter panache, delivering high-octane verses and an icy, addictive chorus. As the guys proudly declare, “music moves your feelings.” This music will move your body, too. (full review) 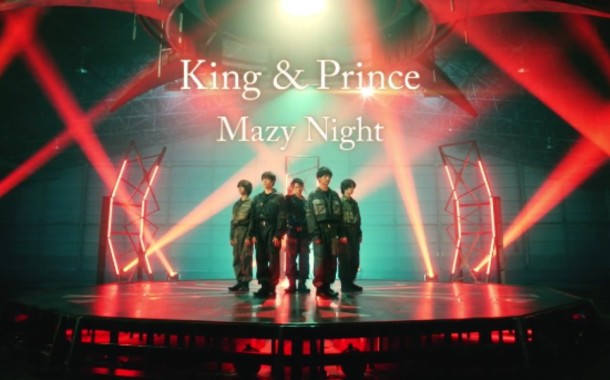 With Mazy Night, King & Prince flashback to the EDM/club sounds of the early-2010’s, complete with sky-high chorus and fist-pumping chant. It all makes for a slick, galvanizing piece of dance pop. The song is armed with multiple instrumental breakdowns, bringing a dynamic edge to the group’s typically-sweet singles. It feels like the start of something really exciting for them. (full review)

Great music can offer real catharsis, and Official HIGE DANdism’s Laughter builds to a peak of emotional release that’s downright transcendent. Compared to most of the songs on this countdown, Laughter is a slow burn. But, it rewards patient listeners. Fujihara’s goosebump-inducing vocals are used to their full potential, driving the track forward with a gripping intensity. By the time Laughter hits its overpowering bridge, you’ll be a puddle on the floor. (full review)

Yurina Hirate’s charisma is so undeniable that, even in a Keyazaka46 crowd of performers, she stood uniquely on her own. With Dance no Riyuu, she’s unleashed her full potential as a soloist, delivering a call to arms that’s impossible to ignore. The track grows and grows, culminating in near-operatic fervor as the drumline pounds and Hirate’s vocal moves between confident sneer and primordial roar. (full review)

In an age of busy EDM productions and overstuffed drops, sometimes simple is best. BuZZ’s Sun And Love cuts through the noise with an incredible melody, repeated often. As much a hymn as a pop song, the track has an easy vibe, helped along by electro-meets-acoustic production and a choir-like chant that fosters a looping, hypnotic quality. BuZZ’s rich vocals make the whole package absolutely soar. (full review)

There’s something so wistful and nostalgic about a song like Winding Road. It has a surging urgency right from the start, yet that sense of tension never overwhelms the heart at the center of the track. The song is built like the arc in any good coming-of-age story, weaving its way toward a series of crescendos (both instrumental and vocal) and finishing with a sense of well-earned affirmation. The production, which merges chugging guitar and splashes of synth breakdowns, is as perfect as can be, but it’s M!LK’s emotive performance that ultimately sells the track.

To call this song “number one” almost feels like a disservice. It’s far and away my favorite song of 2020, and may very well be my favorite song since Infinite’s The Chaser. Long-time readers will know what an unprecedented statement that is, coming from me.

Run is a force of nature. It’s a perfectly-calibrated, dynamically performed and arranged blast of pure adrenaline. It has no weak moments or missteps. From the brassy salvo that opens the track to the overpowering climax, Run‘s ride is consistently engaging and unbelievably cathartic. But the song also makes room for potent surprises, from its bass guitar-driven breakdown to the off-kilter, seesawing strings that sweep through the choruses.

Having written critically about pop music for years, it can sometimes feel as if the genre’s best moments are behind it. But then a song like Run comes along and reaffirms the pure power that music can deliver. I have fallen head over heels in love with this track. I hope you will, too. (full review)