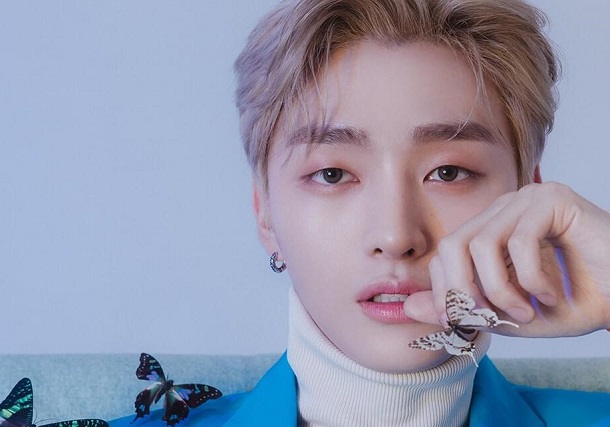 Of all the Wanna One members, Yoon Jisung had the toughest post-group promotional circumstances. Due to his age, his mandatory military enlistment came only months after Wanna One’s disbandment, making it difficult to establish any solo career before having to go on hiatus. But, he’s returned to the industry with a new mini album, released amongst a new set of trends and younger competition. In this case, I think it’s very important for an artist to reaffirm their sound and remind audiences why their music is special. Sadly, new single Love Song doesn’t tell me anything about Yoon Jisung the soloist.

I may not have synesthesia, but I do believe that songs can evoke colors. However, a track like Love Song only conjures muted tones like gray or beige. There’s just nothing here that I haven’t heard countless times before. Prior to enlistment, Jisung showcased his vocals with emotional ballads. None of those songs stuck in memory either, but at least they reminded listeners that he’s a strong singer.

Love Song bops along a mid-tempo beat, reinforced with warped electronics that cast an atmospheric backdrop over the entire track. The chorus is repetitive and dull, and the instrumental never quite finds a satisfying groove. Jisung does his best with the material, but there are far more engaging songs to be found within this style. It’s not that the track is difficult or unpleasant to listen to. In fact, I could imagine putting this on in the background and nodding my head along with the vibe. However, I don’t see this having any real staying power.