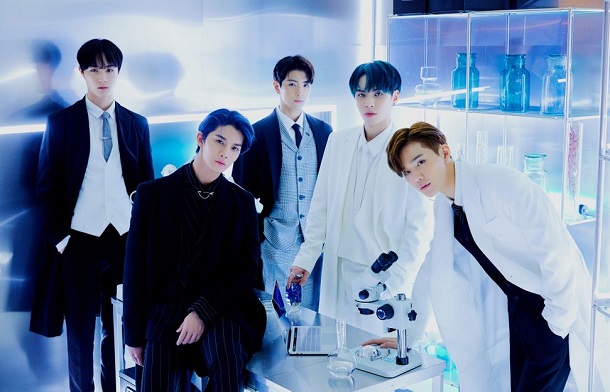 The Universe platform continues to blast youtube with half-videos, saving its full pleasures for those who download the app. So far, I haven’t found a song worth treading those waters, but CIX’s Tesseract arrives with some serious name recognition behind it. Pentagon’s Hui co-produced the track, and his name is featured prominently in the promotion. This guy seems to be racking up just as many credits during his military enlistment as before!

CIX have promised us a comeback later this month, with Tesseract playing like an appetizer. And though the song succumbs to an overplayed beat drop, chant-along chorus, I think it’s actually stronger than many of the group’s title tracks. Hui may not have found a dynamite melody here, but he’s certainly crafted an explosive instrumental.

Tesseract’s verses groove along just fine, offering little hookiness but gliding comfortably over the rhythmic production. When we reach the pre-chorus, Tesseract reveals itself as an engaging rock/dance hybrid. The instrumental fills out, becoming quite dense and overpowering. I love the use of guitar and percussion here. Every instrument is turned up to eleven, which gives Tesseract plenty of stadium appeal. I’m less convinced by the riff that underlines the chorus. It’s not an unenjoyable sound, but it threatens to overpower everything else. This song would have been absolutely epic with a fleshed-out refrain to match its gargantuan production. Even so, Tesseract stands as the most satisfying Universe release so far. That may not be saying much, but it’s still a welcome surprise.