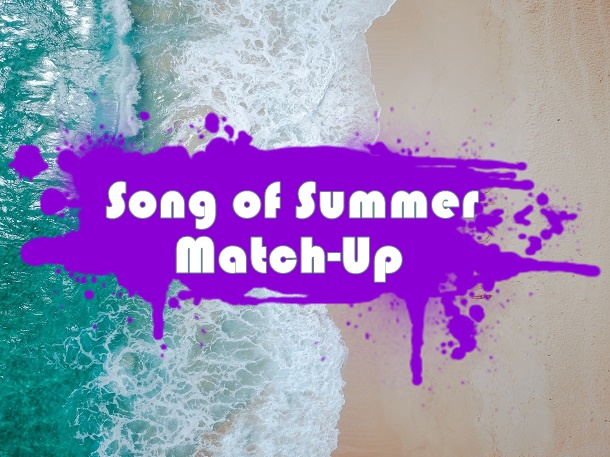 Congratulations to Astro’s Breathless! This is a fantastic song, and a personal favorite of mine. But, I’m a little salty with this result because it happened in the exact way I’ve been trying to prevent.

I’ve deliberately kept artist names and hashtags off of the polls because I didn’t want an artist’s fan base discovering this bracket and simply flooding the vote. But, the Arohas definitely found this one, as Breathless surged from 20 to 64 percent in a matter of hours as hundreds of votes were quickly added to its tally via retweets and shares. I mean… I can’t blame the twitter fan base, but it kind of defeats the purpose of a contest like this.

Regardless, Breathless moves on to fight another day. And, it makes a surprisingly good match for Let Me, as both songs have a very similar energy.

We’ve now completed the first round of the bracket, and things are only going to get tougher from here. Today’s match-up is momentous. Iconic vs. Iconic. SM vs. SM. Sister vs. Brother. I apologize in advance for forcing you to make such a choice.

Yes, it’s Red Velvet’s Red Flavor vs. SHINee’s View. Both songs sailed through the first round, but only one can move on to the semi-final. The choice is up to all of you. Feel free to advocate, cheerlead, cut deals, etc in the comments section!

The vote is open for twenty-four hours, and the winner will be celebrated in tomorrow’s bracket post.

Match-up Nine: Which track should move onto the next round? 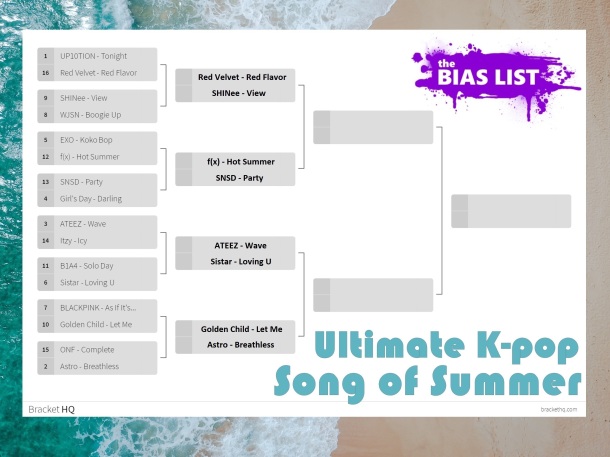