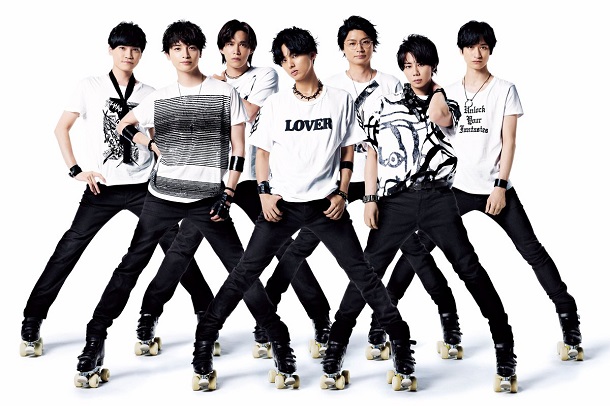 Kis-My-Ft2 are celebrating their tenth anniversary, and that means it’s time for the requisite greatest hits package. Yes, Japan still does “greatest hits” albums – and they actually sell well! Kis-My-Ft2 remain my favorite Johnny’s group, though that’s as much to do with their entertaining personalities and interplay as the actual music. Still, I put their 2016-18 run of material right up with the best of Johnny’s eras (KAT-TUN 2011-15, Sexy Zone 2018-21, etc). But as the group’s career has aged, it feels like the agency is confused about where to go with their discography.

Kis-My-Ft2 remain consistent performers, but their more recent releases have been overly sentimental (Luv Bias), faceless (Endless Summer) or just kind of forgettable (To Yours). That didn’t stop me from immediately pre-ordering this album, though. Having their complete videography in HD was too good to pass up!

A10TION acts as a rallying cry for this landmark moment, and is bolstered by the bombast of a big parade. The guys utilized a similar concept in 2016, when the euphoric Yes! I Scream merged the idea with kaleidoscopic production and fantastic melody. A10TION isn’t as grand, threatening to come across as a kiddie show soundtrack instead of the epic stage show Kis-My-Ft2 have delivered in the past. It’s an odd hodgepodge of ideas, from stomping, faux-gospel verses, to an overstuffed J-pop chorus, to what can best be described as a Johnny’s hootenanny. It doesn’t quite come together in the way I would have hoped, but it’s a lot of goofy fun. Even so, I hope the group’s next ten years see them push forward to recapture the niche that fits them best. At this rate, I’d be overjoyed with another Edge Of Days – let alone another Gravity!