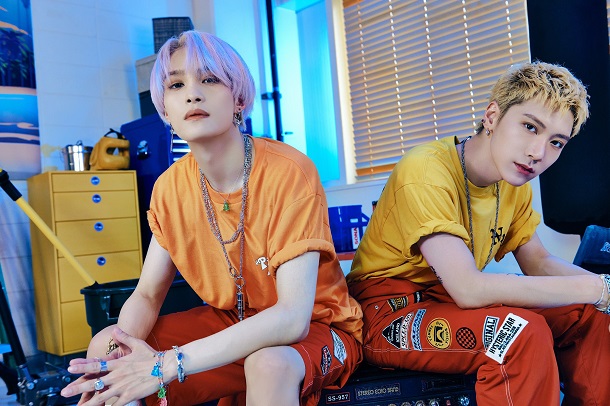 WayV’s Ten has been a busy guy. After releasing his solo Paint Me Naked last week, he’s teaming with fellow WayV member YangYang for another English-language dance track. Low Low takes more influence from hip-hop, though the song doesn’t actually include any rap. Instead, it finds comfort in a breezy, head-nodding beat that matches well with the duo’s slick vocals.

I’m not sure why we’re getting so many English tracks lately (who am I kidding? I’m totally sure!), but I’m eager for this trend to slow. I hate when K-pop bends over backward to cater toward Western audiences. I first became interested in the industry due to its unique charms. To see those aspects smoothed over for maximum global appeal is depressing, to say the least. But despite some cringy lyrics (the yo-yo analogy is… lame), Low Low somehow feels more authentic.

I definitely prefer this to Paint Me Naked. It doesn’t try to be too many things, luxuriating in its bouncy dance beat and wrapping its melodies around that structure. Ten and YangYang are both charismatic performers, and their light vocals give Low Low an appealing personality. Most of the song’s refrains are borrowed from other tracks within this genre, but in this case the whole proves to be more enticing than the parts. That’s largely thanks to the production, which has a single-mindedness that keeps the groove going. And when the instrumental takes center stage during Low Low’s finale, its added synths are a real treat.