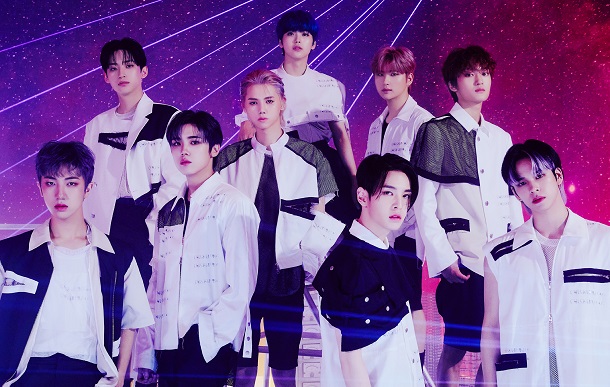 CRAVITY have had a very successful debut year, but I’ve yet to connect with any of their title tracks. Some of their b-sides and follow-up promotions have shown more promise, but the group’s sound seems stuck in this noisy, shouty style that takes promising concepts and upends them with ill-fitting breakdowns. This was especially apparent in January’s My Turn, which sacrificed a few excellent moments to the all-powerful altar of “skrrt skrrt.”

New single Gas Pedal also shows potential, but its glimmers of hope are harder to uncover. In a way, this is to the song’s benefit. I’d much rather have a messy track that’s messy all the way through than a smooth arrangement that collapses into some jarring diversion. Gas Pedal commits to its madness, and I guess you have to respect that. Like many boy group tracks, it feels heavily indebted to NCT’s clanging, experimental sound.

Wonky, oscillating synth acts as an unconventional backbone to much of the track, spiraling downward as if the song is staggering around drunk. The pre-chorus adds a bit of momentum as the energy rises. But by the time we reach the titular, shout-along hook we’re into K-pop breakdown territory. For a track called Gas Pedal, its velocity stalls quite often. I’m sure this is designed to bring the “swerve” of the lyrics to life, but its too dull and droning to have much of an effect. I wish the entire song sounded more like its bridge, which adds robust synth bass and offers a glimpse of the vocal bombast that’s missing from other segments.

When it comes down to it, I may just have to shrug and admit CRAVITY’s music isn’t for me. We’re four title tracks in and I still haven’t found one I enjoy.