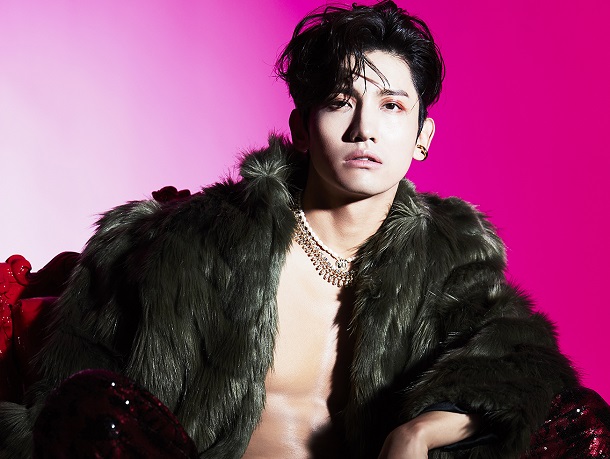 For his newest mini album, TVXQ’s Max Changmin has tackled a variety of genres. So far, that’s resulted in the incredible pomp-rock of Maniac. Meanwhile, title track Devil has been described as a “slow-tempo R&B song.” But rather than mine 90’s sounds (as SM Entertainment often does), Devil moves back to earlier roots of the genre.

We don’t often see this style of K-pop title track. Devil is surprising from both a structural and sonic approach. The focus is right where it should be: on Changmin’s incredible vocals. We hear him in ways we haven’t before, moving up the scale from lower-pitched growl to mighty howl. The arrangement lets both extremes pop, and I appreciate how Devil takes its time to unveil an aural journey rather than simply burst in guns blazing with nowhere left to go. Changmin’s vocals haven’t sounded this resonant in awhile, and his powerful restraint recalls TVXQ classics like Before U Go. He’s a force to be reckoned with, and Devil gives him ample room to display that ferocity.

With that said, the song misses a few opportunities. The slow build that makes up Devil‘s first half is very compelling and helps to emphasize the choral hook. Listeners are bound to get swept up in the rapture. But after this moment, the track tends to spin its wheels. Devil‘s refrain repeats a few times too many for my taste. Changmin’s ad-libs help keep things interesting, but a well-structured climax would have done wonders for the track. Instead, its repetitive nature makes Devil feel almost like an extended appetizer instead of a full-course meal. It’s a bit frustrating, because the track is otherwise strong and the performance is spectacular.