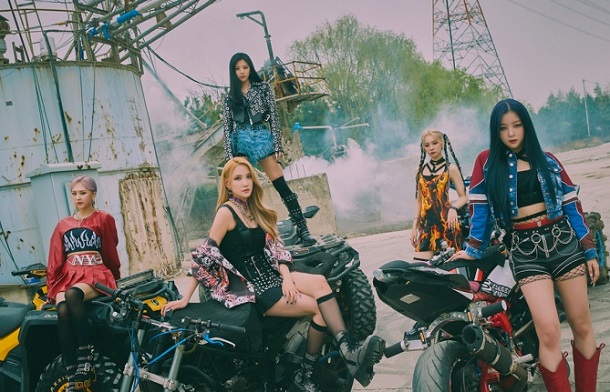 It’s crazy how quickly time passes in K-pop. When looking back at BVNDIT’s discography, I hadn’t even realized their last release happened over two years ago. That’s an entire lifetime for some groups, and a real hurdle for those still trying to establish themselves. So, it’s no surprise to see BVNDIT opt for a reinvention — or “Re-Original,” as they call it. New single Venom is a step in the right direction, even as it succumbs to a few familiar stumbling blocks.

I’m quite fond of Venom’s instrumental. The elastic beat kicks off with full gusto and never really slows. It contracts and stretches like a coiled snake, bringing an exciting energy to the track. When the pre-chorus adds guitar to the mix, the intensity amps further. These are the building blocks for a standout dance track and if nothing else, Venom will definitely get your head moving. That’s half the battle right there!

But when evaluating Venom as a whole, it’s just an okay dance track. This comes down to the actual song the composers have chosen to drape over this crackling instrumental. A few of its core elements are strong (the “venom, venom yeah” hook is sinfully catchy). But, the producers have the girls chanting and shouting and “na na na-ing” far too often for the melodies to stick. It seems we’re still stuck in the Dalla Dalla school of songwriting, which had its charms before the industry ran it into the ground. Venom’s sheer drive compensates for its lack of melodic imagination, but given a few changes this could have been an absolute banger.