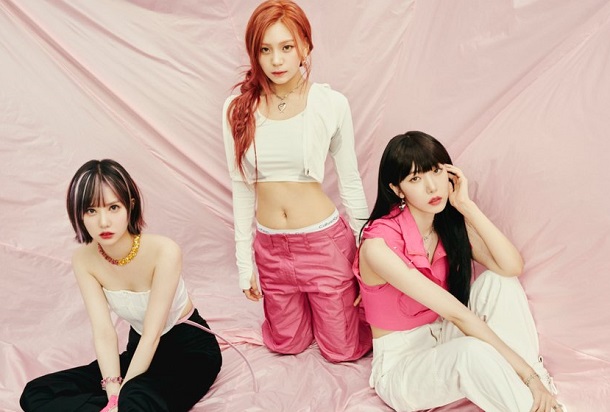 A K-pop act’s title track isn’t always the best song on their album, even if it’s the one most people will hear. Sometimes, b-sides deserve recognition too. In the singles-oriented world of K-pop, I want to spotlight some of these buried treasures and give them the props they deserve.

We have our first summer album of 2022, as VIVIZ deliver six tracks crafted just for the season. Nothing on the album is wowing me like recent summer highlights (Brave Girls’ Summer Queen, ATEEZ’s One To All, WJSN’s For the Summer, etc), but Summer Vibe is solid all the way through. Its highest moment comes via Love Love Love – a retro dance track that has more bite than the promoted Loveade.

VIVIZ’s vocals feel much more comfortable here as the song gradually builds to its bass-driven hook. The production has a satisfying snowball effect, growing more robust as the track goes on. The first chorus climbs to a dizzying series of synth accents, pointing toward the utter triumph Love Love Love might have become. But, the song settles for “strong” instead of “outstanding.”

My biggest gripe with the arrangement comes (surprise, surprise!) during the second verse. I just don’t understand why we had to plunge into half-time here. I mean, it’s not like rap is even a big factor in VIVIZ’s sound. I swear, tempo-shifting breakdowns second verses give me the experience of rushing out to buy a toy, only to open the box and find there’s a piece missing. It’s such an unsatisfying shift. Thankfully, the rest of the song is bright and buoyant enough to (mostly) compensate, making Love Love Love a highlight within a fun, frothy summer album.