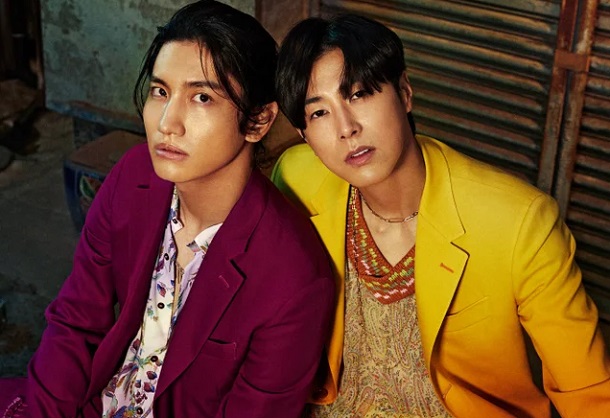 It just occurred to me that it’s been nearly four (!) years since TVXQ had a proper Korean comeback. Yes, they’ve been active as soloists and have released multiple albums in Japan during this time, but that’s still a long gap for a veteran act with an enormous, enduring fanbase. For now, those of us waiting for another K-pop banger will make do with Japanese track Utsuroi – a sentimental, loungey mid-tempo.

I’ll preface my thoughts by saying that I actually feel bad how little Utsuroi resonates with me. I’m a huge TVXQ fan and will gladly take anything they’re willing to give. But, this style of subdued mid-tempo tends to pass me by unless something in the melody or performance really catches my ear. Utsuroi is undoubtedly pretty, especially when the brass kicks in during the chorus. The track develops a swinging energy, laid-back but rhythmic. And as usual, Yunho and Changmin sound great – even if they’re not breaking down doors with the power of their vocals.

Still, Utsuroi feels like a slightly-more-upbeat take on coffeeshop music. And, you all know how I feel about that damn coffeeshop! I think the song will work better in the context of an album, sandwiched between bigger moments. Though Utsuroi’s sound is unlikely to make its way to the forefront of my attention, it makes for a very pleasant vibe – pitched squarely at lazy Sunday mornings. Here’s hoping they’ve got something more dynamic up their sleeves for their long-awaited Korean return.