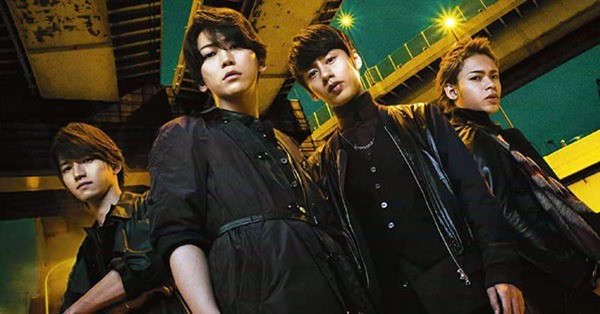 As a companion to their just-released Tragedy (review here), KAT-TUN also gave us Atsuku Nare, which translates to Be Motivated, and its accompanying music video. I wasn’t that impressed with Tragedy, but luckily Atsuku adheres to the elements of the group’s music that I prefer.

The song was written with athletics in mind, though it doesn’t sound like your typical stomp-your-feet sports anthem. It has a lighter touch, relying on a soaring orchestral backbone that fuels its propulsive, harmony-filled chorus. As a whole, it’s not as strong as most of the material the guys released last year, but it does have the dynamism and melodic heft to give it a solid sense of purpose. The track opens with electric guitar before quickly transitioning to a galloping beat that builds until we hit the anthemic hook. All the elements tie nicely together, giving the song a very polished, if somewhat repetitive, sound.

Honestly, I would have preferred that Atsuku Nare got top billing on the new single release, since I find it stronger than Tragedy. It’s very much classic KAT-TUN in sound and execution, and maybe that’s why they wanted to promote something slightly different. Still, the track offers another chance for us to enjoy the band doing what they do best. Even so, I hope we get something in the coming months that builds on the group’s strengths in an exciting, fresh way, rather than a solid rehash of previous sounds.

Music video here (but be patient, jpopsuki is the slowest page on the entire internet)

One thought on “Song Review: KAT-TUN – Atsuku Nare (Be Motivated)”