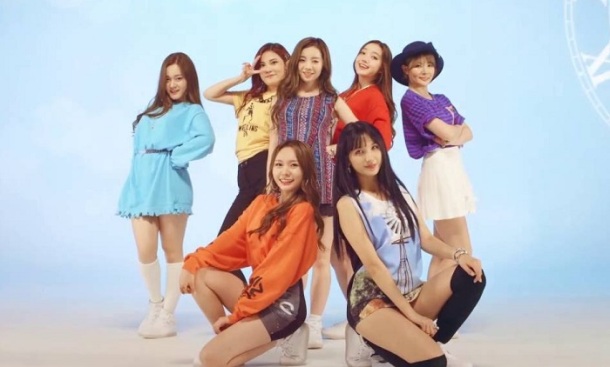 This seems to be the week for comebacks and debuts of rookie girl groups. But of all of them, A.De held personal interest by virtue of Good Time being produced by Sweetune. Last week, the production team gave us 100%’s fantastic Better Day, and Good Time continues that resurgence. The song is much more Kara than Infinite, but that’s to be expected given the group performing it. And though it may not be overwhelmingly memorable, you simply can’t go wrong with this sound.

The song’s brisk tempo kicks in almost immediately and doesn’t let up for a moment after that. This is dance pop at its most propulsive, bursting forth with unbridled energy and synthy 80’s flair. It’s not particularly unique, but it knows its strengths and plays them well. The synth work is particularly effective, hitting hard with a succession of catchy riffs that give the beat added flavor. The girls’ individual performance isn’t quite as affecting, erring towards the workmanlike rather than the personality-driven. But honestly, the pulsing instrumental doesn’t give them much opportunity to add any of their own flavor. Along with the listener, the group is really just trying to keep up with the high energy bubblegum attack.

The real takeaway here is that A.De have benefited greatly by being paired with such an experienced production team. Sweetune have a knack for impeccable mixing, covering any vocal flaws with gorgeous layering and a dense mix of instrumentation. Good Time recalls the best of k-pop years past, and that’s something that can’t be said about many rookie groups.