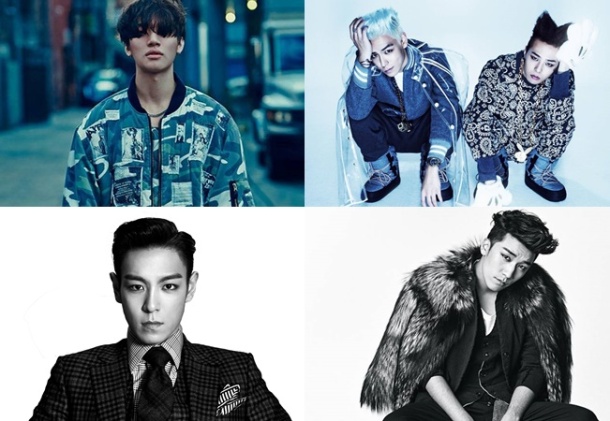 Bigbang has mastered the art of sub-units and solos, scoring enormous hits even when its members aren’t together as a group. Given that I have already counted down solo tracks from G-Dragon and Taeyang, those songs are ineligible for this list. Luckily, there are more than enough singles left over for a strong top ten.

Different than any other track released by the group or its members, this modern interpretation of the traditional trot genre proved that Bigbang-related material didn’t always have to take itself seriously.

Getting an assist from GD, Seungri kicked off his solo career with the elastic electro-dance of Strong Baby, proving that he could deliver memorable hits of his own.

A spare, off-kilter hip-hop track that highlights the more experimental and playful side of the duo. It’s one of GD & TOP’s most assuredly cool moments.

TOP has always delivered the most straight-up hip-hop material of Bigbang’s members, and Turn It Up gives him an addictive, futuristic stomp to work with.

Though What Can I Do’s autotune-heavy production is very much of an era, there’s no denying the strength of its swirling verses and surging chorus.

Showcasing the immense charisma of its performers over a brash electro beat, High High remains the definitive GD & TOP single, if not (quite) the best.

Daesung excels at big ballads, but Shut Up gives him a driving, anthemic rock instrumental to push things even further over the top. Its punchy, emotive hook is completely irresistible.

A swirling fantasia of dance beats and breathy vocals, Gotta Talk To U recasts Seungri in a more mature, club-ready light, delivering an understated but killer hook.

Bigbang doesn’t often go full-on pop, but Don’t Go Home’s bright hooks and disco-funk instrumental proved that the guys can conquer any genre they choose to tackle. G-Dragon’s melodic hook may be the track’s most memorable moment, but the real fun is in the interplay between the two members.