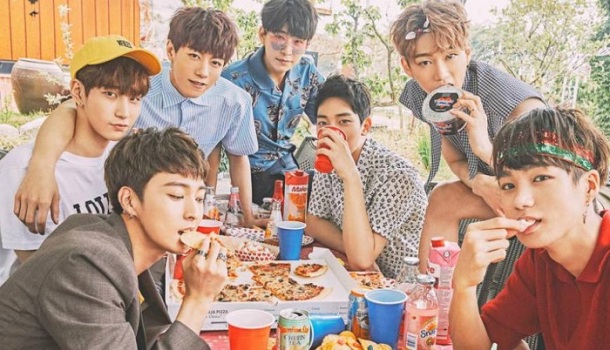 Though still a very new group from a small agency, VAV have been lucky to pair with a-list composer/producer Ryan Jhun for their last string of singles. His involvement has brought a certain clout to their music, even if the songs themselves have been a bit of a mixed bag. But with the newly released ABC (Middle Of The Night), they’ve found the sweet spot for their best track yet.

I wish that ABC didn’t feel the need to shoehorn elements of the tropical pop trend into its production, because at its heart the song is a hazy throwback to sing-along disco pop that actually feels unique within the current k-pop landscape. In contrast, the bright, percolating beat that kicks off the instrumental feels all too familiar, and instantly dampened my excitement for the rest of the track. Luckily, it fades into the background by the time we approach the chorus. A heavier, synth-driven arrangement takes precedence during the hip-hop pre-chorus, providing a nice bridge between the song’s competing sounds.

Speaking of bridges, the brief instrumental breakdown before the song’s final moments brings in a touch of irresistible funk in the vein of Juan’s work with NCT Dream earlier in the year. I can’t help but wonder how awesome ABC could have been if it had used this rubbery bass as a starting point rather than a small diversion from the tropical synth. Fortunately, the bright, immensely catchy chorus is commanding enough to quickly gloss over these criticisms. It’s especially potent during ABC‘s climax, where the arrangement adds a few exclamation points of funk percussion to exhilarating effect.

3 thoughts on “Song Review: VAV – ABC (Middle Of The Night)”