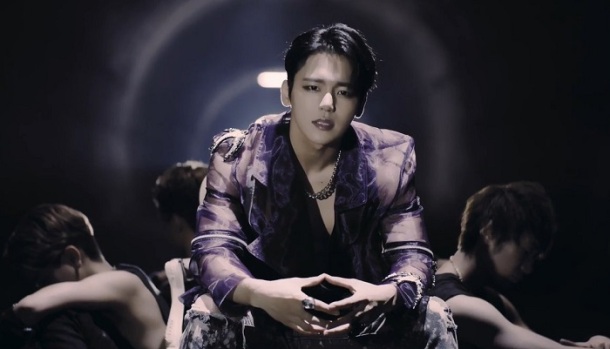 MYNAME is one of those k-pop groups who have become far more popular in Japan than Korea. Their j-pop material has generally become more interesting as well, pulling strongly from dance and club music with a focus on big, sweeping choruses. But being Korean idols, mandatory military conscription is inevitable, and member Insoo is preparing to enlist. The galvanizing Naked Love marks his final solo project for awhile.

The song is certainly geared towards the Japanese market, going full EDM rather than tropical or hip-hop. For some, this sound may feel a bit dated, but Naked Love‘s straightforward dance assault comes off as sort of nostalgic. Though not the group’s main vocal, Insoo gives a commanding performance, fully matching the bombastic instrumental. The melody is nothing new, but still manages to elicit sparks. The central refrain, which functions as more of a pre-chorus to its ensuing breakdown, funnels the song’s power most effectively. It has a brilliant swoop to it, filtering out percussion in favor of majestic synths that build to the eventual drop.

Indeed, Naked Love follows a tried and true formula. This instant familiarity is both its blessing and curse. The structure doesn’t break any rules or go anywhere unexpected, which gives it a generic feel that blunts some of the excitement. But the general sound is right in line with MYNAME’s more recent material, and offers convincing proof that Insoo is a dynamic and charismatic solo star. Hopefully he’ll continue to venture out on his own once his military service has been completed.