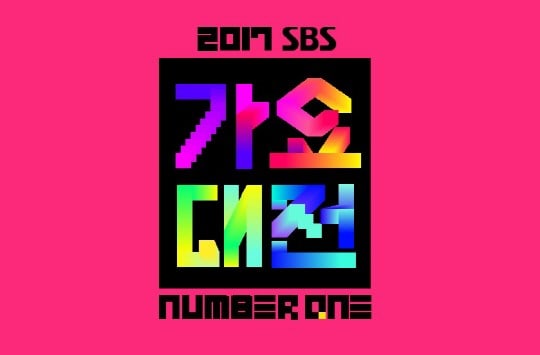 Given the tragic passing of SHINee’s Jonghyun last week, this year’s annual Gayos carry an undeniable cloud of sadness around them. I’m actually surprised that SM artists have decided to perform at all, but I suppose the distraction might be needed.

This year’s SBS Gayo Daejun had the theme of “Number 1” (as hosts IU and Yoo Heeyeol kept reminding us), but what I took from the show most strongly was a sense of history and nostalgia. I’m a sucker for a good retro performance, and there were quite a few peppered throughout the night. I love how modern k-pop honors its past, especially since the idol “genre,” if you want to call it that, is relatively new.

Though there were many strong performances, the star of the night was the impossibly massive stage. It was a thing of beauty to look at, lighting up from all angles and seeming to stretch forever. Whoever designed it deserves major props, because the layout perfectly balanced a a feeling of widescreen enormity with uncluttered lines that allowed the camerawork to really shine.

I’m less thrilled with the limited number of artists invited, which seemed to be down quite a bit from years past. The performers we got were fantastic, but I would have loved to see what a group like Seventeen could have done with such a dynamic stage.

Even so, I can’t really point to any clunkers at this year’s Gayo Daejun. So rather than nitpick, here were my top ten performances of the night:

A missed opportunity, for sure, as the energy remained pretty flat throughout and never built to anything spectacular. But this performance is on the list for one reason, and that’s Gfriend’s Yuju. She is just a spectacular vocalist.

Under the circumstances, it wasn’t surprising that this was a fairly standard arrangement and performance from the guys. I do love how they often include Korean versions of their Japanese songs during big events like this. Run This was a fantastic choice as a bridge between their two 2017 singles.

A straightforward and respectful arrangement. IU sang a lot tonight, but this was her most affecting performance. As a tribute to a fallen artist, it felt particularly moving given recent events.

First of all, I am loving the new hair colors. They looked very striking tonight, and their cover of Haru Haru was definitely a new twist on the classic. Really Really was more business-as-usual, but packed the kind of freewheeling energy much of the night’s more staged routines lacked.

GFriend definitely wins the honor of slickest costume change, but their extended “Stomp“-like dance break also deserves kudos. I just wish the mics would have been turned up, especially for their rocking version of Fingertip.

Although they didn’t switch up any of the choreography or song arrangement, BTS are simply made for arenas. The camerawork here was spectacular, capturing the enormity of the performance while maintaining a sense of fluidity that hovered around the group at all angles.

She had the benefit of premiering her live performance here, and she absolutely killed it. The staging was a joy to watch, recreating the music video with a series of smartly-used props. But it was Jung Hwa’s undeniable charisma and control that stole the show.

Honestly, the fact that they were able to get up and perform at all was admirable. The remix of Red Flavor was spectacular — subtle enough not to completely upend the track, but with an extra punch that brought it to a new level. There were few songs tonight that felt big enough to fill the stadium, but this was definitely one of them.

God, We Are The Future is such a jam. I was actually surprised how well these guys pulled off a more modern remix, even if it had a bit too many musical diversions for my taste. Still, the dancing was on point, the lighting was dramatic and the energy was huge. The pre-performance video/history lesson was even better, though!

A perfect pairing, an inspired remix and an incredibly compelling performance. What more could you ask for? The simple color palette here was very striking, helping to highlight the killer choreography. I loved how sinister it all felt, driven by a neutron collision of pure star power.