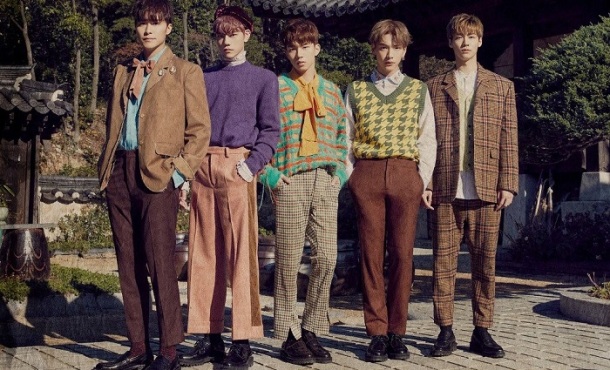 Rap/rock hybrid N.Flying scored one of last summer’s most addictive surprises with the spirited The Real. Their agency FNC is home to several idol rock groups, making it harder for these guys to carve out a niche all their own. But by adding second vocalist Yoo Hwe Seung, N.Flying have developed a boisterous style of guitar driven power pop that feels authentic and invigorating. New single Hot Potato (뜨거운 감자) builds upon this burgeoning musical identity, even if it isn’t quite as memorable as The Real.

Although Hwe Seung seems to be the spark that has brought N.Flying to the place they are now, leader Seunghyub is Hot Potato‘s MVP. Any good rock group needs a charismatic frontman, and Seunghyub’s talent as a rapper lends his vocals a brash urgency that powers the song. Every moment of Hot Potato is dripping with personality, which salvages its somewhat generic chorus. N.Flying are at their best when they don’t sound anything like labelmates CNBlue and FTIsland. The goofy falsetto of Potato‘s pre-chorus is a good example of this, as the group paint themselves with a cartoony brush in keeping with their colorful, mischievous image.

Hot Potato‘s freewheeling verses hold some wonderful surprises, careening between bursts of rap and melody that capitalize on the interplay between N.Flying’s vocalists. Hwe Seung and Seunghyub don’t have vastly different tones, but they utilize them in completely different ways. Like any successful idol group, half the fun is listening to how these stylistic quirks collide. On its face, Hot Potato is essentially cut-and-paste teen pop-rock, but N.Flying attack it with an addictive sense of verve.