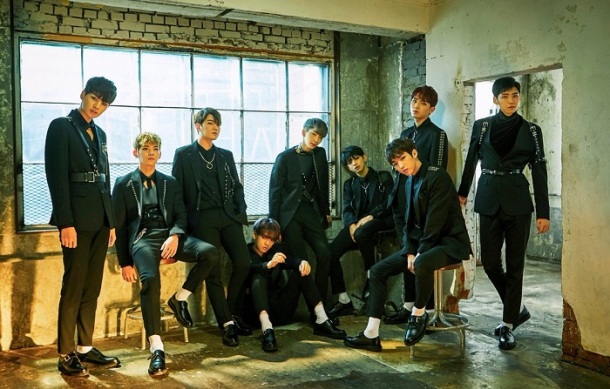 UP10TION are one of those under-the-radar groups that somehow become more successful than any casual k-pop fan might expect. Their comebacks never receive all that much spotlight, but the group still manages to sell boatloads of albums. This trait extends to their Japanese promotions, which have a solid track record commercially, even if few listeners outside their core fan base are familiar with the actual songs.

Part of this may be due to the fact that UP10TION swings wildly from concept to concept. They’ve never really established a signature sound for themselves, focusing instead on a jack-of-all-trades appeal. This hearkens back to a more old-school k-pop approach that results in an interesting (if somewhat uneven) discography. As a polished piece of generic boy group dance pop, new Japanese single Wild Love falls somewhere in the middle of the group’s repertoire.

The song casts the guys in an edgy light, backed by blaring synths and a slinky hip-hop dance beat. This allows for playful verses where the group’s rappers are given a chance to unleash a bit of personality. The chorus is more monotonous, offering a sledgehammer arrangement that’s let down by an overly repetitive hook. This changes as Wild Love reaches its conclusion and bolsters the chorus with a few smartly placed power notes. I would have liked to hear this kind of drama incorporated more fully throughout. The track is fine the way it is, but feels as if it could have been delivered to similar effect by just about any current boy group.