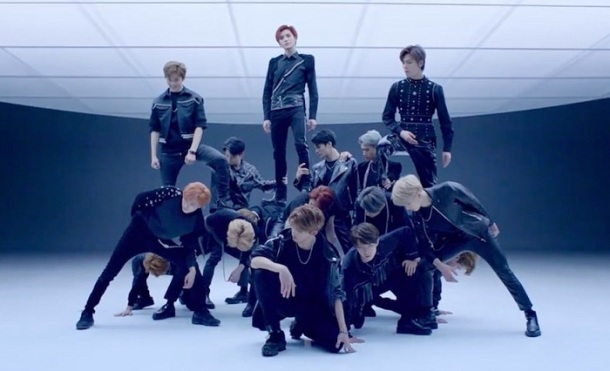 Ever since the concept of NCT was announced, I looked forward to the day that all of its members would unite for one dynamic single. I imagined a giant chorus of vocals, an army of dancers. I imagined a song as immense and dramatic as the idea of NCT itself. But all that imagining was for naught — at least when it comes to Black On Black.

It’s no secret that I’m a pretty big fan of NCT and their music. They’ve appeared on my “Top Three Songs of the Month” features more than any other artist, and I’ve been heaping praise on their 2018 output for the bulk of the year. But, I don’t see how Black On Black can be viewed as anything but a massive disappointment. With NCT, SM Entertainment has cultivated a roster of incredible talent. They have the best songwriters at their disposal, and few budget restrictions. Black On Black could have been an astonishing blend of vocal firepower — like a darker, avant garde version of the immense Produce 101 themes.

Instead, Black really isn’t a song at all. It’s better regarded as a dance showcase, devoid of a chorus or actual melody beyond a few shouts and growls here and there. But even as a dance piece, it’s not particularly exciting. Way back in 2012, SM released a song called Maxstep, which brought some of its main dancers together for a similarly-conceived performance piece. In comparison, Black feels like a forgettable interlude — constantly shifting gears without any real structure or point beyond being “badass.” This might have worked as an album intro, but as a promoted single it severely limit’s the aspects of NCT on display.