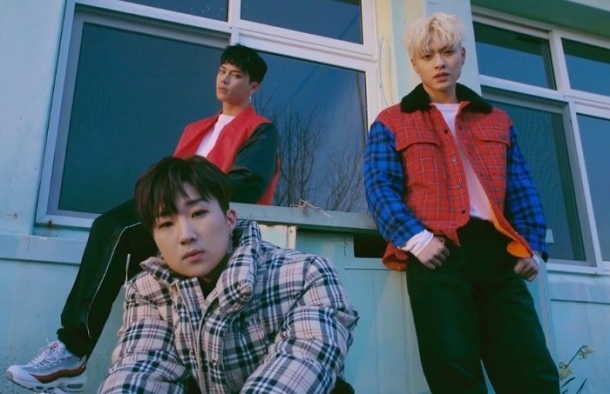 TREI are the latest in an already-robust slate of 2019 rookie groups to debut over the last few weeks. Hailing from Banana Culture (home to popular girl group EXID), the guys’ have arrived with limited fanfare and a surprisingly subdued roll-out. That approach extends to their debut title track. Gravity (멀어져) plays it straight, lacking a strongly defined concept or trendy sound. Though problematic in its own way, this simplicity is kind of refreshing.

TREI’s group configuration is also noteworthy. Trios are rare in K-pop, especially when it comes to boy groups. Their small number ensures a focus on each member, and Gravity moves organically between vocals and hip-hop. Though he didn’t directly compose the track, super-producer Shinsadong Tiger had a hand in its arrangement. His touch is instantly recognizable. Gravity has an old-school appeal that marries the classic sound of songs like Beast’s Fiction to the modern moodiness of iKON’s recent work.

Rather than debut with a splash, Gravity is a nice, subdued pop song. It uses electric guitar in a more straightforward way than expected, giving the instrumental a satisfying surge. The chorus is placed right up front, delivered in near-acapella before a mid-tempo beat joins the fray. I appreciate the adherence to melody throughout Gravity’s brisk running time. The song is never tempted to drop into some ill-placed instrumental break or catchphrase hook. Even the rap segments are relatively melodic. The problem, then, becomes one of impact. Gravity is enjoyable all the way through, but never really grabs you by the collar like a successful debut should. I’m eager to hear more from TREI, but this may be a little too laid-back for its own good.