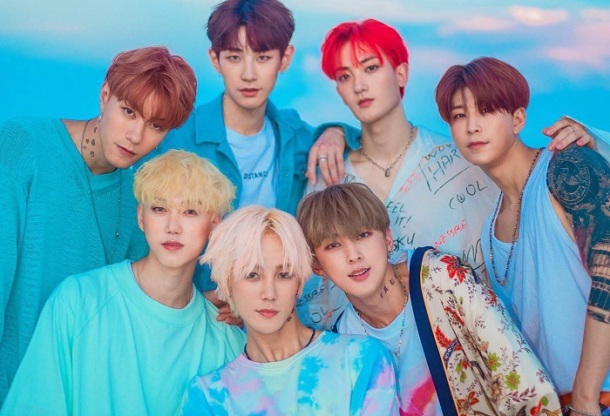 Despite largely being produced by the same team, VAV’s singles run has been pretty hit or miss. They’re at their best when forgoing trends and focusing on polished songwriting and dynamic instrumentals. This was the case for March’s Thrilla Killa, which bolstered the group with forceful, funky production and a charismatic concept. This is not the case for new single Give Me More, which is 2019-era summertime K-pop by the numbers.

Featuring American artist De La Ghetto and producers Play-N-Skillz, Give Me More sees VAV treading tropical waters, and its obvious appeal to trends is almost as dull as their Latin-inspired Senorita of last year. If there’s anything that K-pop doesn’t need, it’s another half-baked tropical bop that brings nothing new to the genre. Listen to the first fifteen seconds of Give Me More and you will have experienced most of what the song has to offer. The track establishes its island beat right from the start and never grows into anything more. Its one-phrase hook culminates in a (you guessed it!) halfhearted instrumental drop that briefly builds hype before reverting back to the More’s staid tropical groove.

With such an overly familiar template, it’s more exciting to talk about the things that Give Me More doesn’t do. It doesn’t feature an overuse of autotune, thankfully, and the guys sound quite smooth throughout. It doesn’t regurgitate those awful plonky xylophone synths that have overtaken too many recent comebacks. It doesn’t ever devolve into some energy-killing trap breakdown. For these things, I’m thankful. Give Me More may be boring, but it’s not aurally offensive. I can’t believe that’s the barometer I’m now judging July’s comebacks by.