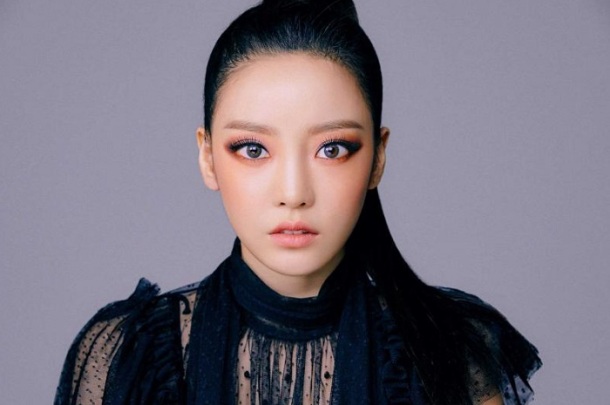 Among other things, 2019 has suffered a distinct lack of Sweetune-produced tracks. Their work has been relegated to severely under-known boy groups and idol band IZ, with none of their songs making waves outside of small fan bases. So, when I heard that former Kara member Goo Hara would be returning with a Sweetune-penned Japanese track, I was thrilled. “Kara” and “Sweetune” are trigger words for me in the best way possible, and Midnight Queen seemed poised to rekindle much of that magic.

Of course, sky-high expectations can be a dangerous thing. Sweetune’s style has always worked better with groups than soloists. Their trademark vocal layering just doesn’t have the same pop when drawing from a single voice. With that in mind, Midnight Queen doesn’t quite approach the best of Kara’s discography. But, there’s still plenty to love.

I’ll start with the chorus, which used to be the most important piece of a pop song before EDM and trap drops took over. Queen gets this element exactly right. The hook kicks up an exhausting energy, fueled by exuberant blasts of brassy synth. This is the closest the track gets to approaching the euphoria of Kara classics like Step. I bow down to its retro goodness, and take no shame in enjoyed every kitschy, overwrought production flourish. This is the kind of mammoth, megawatt pop music that inspires me.

Unfortunately, Midnight Queen’s connective tissue is largely forgettable. Its verses are much too low-key, and Hara doesn’t manage to imbue them with enough attitude or range to compensate. A lurching dance break during the bridge feels misplaced and unwelcome, halting the track’s momentum. Still, Queen knows what it’s doing. The track never makes you wait too long before that mammoth hook comes slamming back.