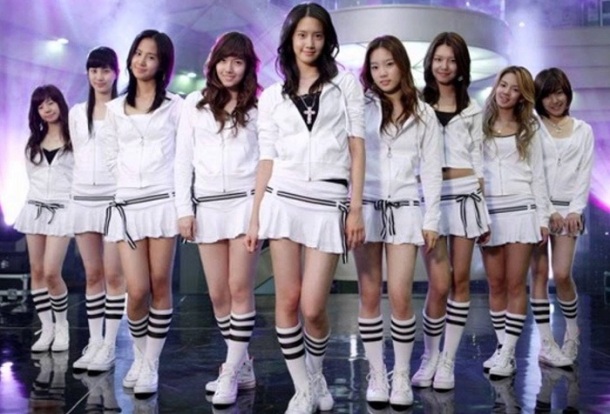 I’ve always considered Into The New World (다시 만난 세계) as the unofficial dawn of K-pop’s second generation. Yes, there were plenty of second-gen stalwarts who debuted earlier (TVXQ, Wonder Girls, Bigbang, Super Junior, etc), but World just feels like the turning of a page.

Back in 2007, K-pop had a much stronger Japanese influence than it does today, and that can be heard in both World’s robust melody and the phrasing of its individual performances. Sadly, a song like this would have no place in 2019’s K-pop industry. It’s too single-minded. Too old-fashioned in its structure. In fact, everything about Into The New World is disarmingly timeless. I don’t imagine that it sounded trendy in 2007, and it certainly doesn’t today.

But, don’t mistake trendless for generic, because Into The New World packs a wallop that’s all its own. It’s no fluke that the song has soundtracked everything from protests to pride marches. As important as K-pop is to modern Korean culture, it rarely delves deeply into societal commentary. Into The New World doesn’t either, but its lyrics are vague enough to support any cause that strives for something bigger and better. In this way, it’s enjoyed a surprisingly subversive life as a pop song, which has only added to its appeal throughout the years.

World’s opening synth riff is one of K-pop’s most iconic — instantly recognizable and anthemic all on its own. The rest of the instrumental plays things pretty straightforward, enlisting a polished pop beat that roughs up for a brief, retro breakdown before verse two. The chorus is bolstered by just the right amount of electric guitar as the vocals layer in sweeping fashion. The entire track has the feeling of ascension. It just makes you feel powerful.

However, this isn’t some clichéd version of swagger-filled, “girl crush” power. The sentiment comes from a deeper place, rooted in strong melody and unaffected performance. Into The New World doesn’t throw all the bells and whistles on top of it because it doesn’t have to. It’s a brilliant pop song, unadorned.

Upon Girls’ Generations’ debut, the K-pop industry hadn’t seen a female group with such a large number of members. Nine seems almost tame by today’s standards, but such massive configurations can sometimes feel unwieldy. Into The New World Knows how to use this as an asset for its riveting choruses, but pulls back during the verses to shine spotlight on individual voices. This gives the track a necessary sense of personality. The arrangement cuts straight to the heart. If vocal processing is present, you certainly can’t hear it. The performance is clear as a bell all the way through, which supports the song’s fresh, vibrant aesthetic.

Like all legendary songs, Into The New World steadily builds toward a rewarding climax. Fans were reminded of this when the track was performed during 2016’s initial season of Produce 101, highlighting Taeyeon’s blistering high note as the pinnacle of competition show moments. The song bottles up everything its got for a final punch, and the result is nothing short of a knockout. You’re left wanting to cycle back and play the whole thing again just to experience that climax again.

And that’s what makes Into The New World a Legendary Song.