Pledis remained dominant in 2019 thanks to the success of Seventeen and Nu’est. The former continued to break their own sales records, while the latter made the important transition from temporary sub-unit to full group activities. With Pristin officially disbanding in a mysterious (and likely messy) way, I wonder how long the agency will be able to sustain themselves on only two acts – especially since members will need to start enlisting eventually. For now, the agency seems in excellent shape, though as a fan I’m a little upset at how dark and trendy all of their acts’ music is becoming. I really think Pledis should invest in a more diverse group of composers so that their house sound doesn’t become stale.
B

While I’m not always a fan of every song that comes out of RBW Entertainment, there’s no denying the agency’s upward trajectory. Most of that is thanks to Mamamoo, who have just exploded in popularity. Whoever decided to cast Hwasa in reality series I Live Alone is a genius. She’s really become 2019’s it girl in Korea. Mamamoo’s music, on the other hand, continues to decline in ambition. I’m really going to need them to get back to their 2014-2016 peak.

Elsewhere this year, RBW debuted boy group ONEUS and re-debuted its “brother” band ONEWE. The former seems to be getting much more attention (and promo) than the latter, but both had successful debut years. It’ll be interesting how RBW handles them next year. There’s some great potential for cross-pollination, but first the agency has to find a way to really solidify their fan bases.
A- 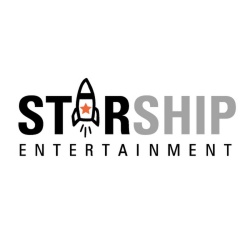 Up until the end of October, Starship Entertainment would’ve received a very generous grade. Monsta X continued to be very successful in 2019, including a surprisingly robust push into the American market. Cosmic Girls saw their sales rise sharply with multiple promotions, and soloist Jeong Sewoon churned out solid material (even if his own sales began to dip).

But, Starship seemed to totally bungle the Wonho situation, resulting in his abrupt and unceremonious departure from Monsta X right at the group’s peak of popularity. Fans are upset, the group is upset, and it’s hard to imagine this whole situation couldn’t have been handled with more care. To make matters worse, Starship was hit particularly hard by the Produce 101 vote rigging scandal, calling into question the legality of their behind-the-scenes operations. Money and influence-wise, the agency seems to be doing quite well. But, their reputation has certainly taken a hit.
C

TOP Media is desperately in need of some new blood. Teen Top remains one of the only 2010 debut groups that are still mostly intact, but they hardly release music anymore and have definitely passed their commercial peak. 100% is serving their military conscription, but were already struggling prior to enlistment. TOP tried to leverage the Produce 101 phenomenon to breathe new life into UP10TION, only to have that series’ biggest beneficiary (Lee Jinhyuk) absent from the group’s subsequent comeback.

Unsurprisingly, Produce did little to boost the popularity of UP10TION’s 2019 album, though it did provide Jinhyuk a launching pad for solo success. We’ll see what happens with X1 and Wooseok, but I’m not feeling the energy for a Nu’est-level resurgence at the moment. Much will hinge on the impending debut of new boy group MCND, though it feels like we’ve been hearing about them for years without an actual debut date.
C-

Oh, TS. If I could give you an F-, I would. Words can’t aptly describe the level of ineptitude that seems to plague this agency. I think they’ve sued just about all of their own artists, and seem to be incapable of releasing actual music. B.A.P were lucky to get out when they did. Both Sonamoo and TRCNG are locked in messy legal disputes with the agency. The former is as good as disbanded, and I wouldn’t be surprised if TRCNG follows suit. TS Entertainment has also managed to lose all the trust of its fans, unable to deliver for the crowdfunding platform Makestar and incapable of releasing TRCNG’s physical album until almost three months after their comeback. Save for its artists and their music, there is not one redeeming quality about TS. Seriously, can we invent a grade lower than F?
F 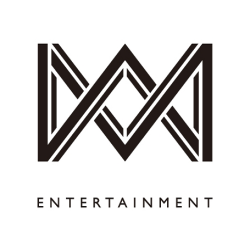 With what remains of B1A4 mostly in the military, WM Entertainment finds itself being steered by Oh My Girl. And though the girls haven’t yet broken out in a major way, their career continued to be on the upswing in 2019. Winner or not, they were probably the biggest beneficiaries of hit series Queendom, and their sales continue to be steady. A post-Queendom comeback would’ve been ideal, but we’ll see how much momentum they’ve maintained when they eventually return next year. On the plus side, their burgeoning Japanese activity seems to have been successful.

WM continues to struggle with ONF. Thankfully, they gave the boys more than one comeback this year, but the unexpected departure of Laun (arguably, their most popular member) shocked and dismayed fans. Their sales are steady, but they just can’t seem to break out despite releasing great music. WM has to figure out what to do with them. They’re too talented to give up on.
B-

You’re hardest on the ones you love most, and Woollim is my favorite K-pop agency. However, 2019 was not a good year for them.

Let’s start with my bias group, Golden Child. As a fan, I’m furious that Woollim wasted over a year without any comebacks. Yes, it’s great that they’ve got Bomin acting and hosting Music Bank, but you simply don’t go almost thirteen months between comebacks when it comes to a rookie group with no competition-show hype. It negatively affects the fan base and – at least so far – has drastically reduced sales. I’m happy that we finally got a full album, even if its “reboot” concept took away a lot of the elements I loved about Golden Child. And the group’s fun youtube web-sitcom was a welcome surprise. But, I’m gonna need Woollim to double down and promote Golcha like crazy in 2020. They have a lot of ground to make up, and a lot of fans to win back.

Lovelyz had a pretty impactful year, even if they only released one mini album and a solo for Kei. But, Woollim really botched their Queendom opportunity, trying to mold the girls into something they’re not rather than just let them do what they’re best at. As a result, their participation in Queendom felt like a mixed bag. Their public notoriety raised, but they also received a lot of unnecessary hate.

Commercially, Woollim’s debut of Rocket Punch was a bright spot for the agency. But, I can’t help but feel underwhelmed by the group so far. Out of all the Woollim artist debuts so far, their sound was easily the most generic. I’ve yet to get a sense of what kind of group they’re going to be, which has never been a criticism I’ve had of the agency’s acts prior to this year.

Elsewhere, the remaining Infinite members enlisted (or left the agency). Woohyun released an excellent solo album. Dongwoo’s was okay. Sungkyu is coming back early next year, so we’ll see what Woollim does with him. Hopefully solo work and a lot of variety/hosting. I’m also curious to see where the agency goes with its Produce trainees. I know fans are clamoring for a debut, but I’m going to be pissed if Woollim gives them precedence over Golden Child.
C-