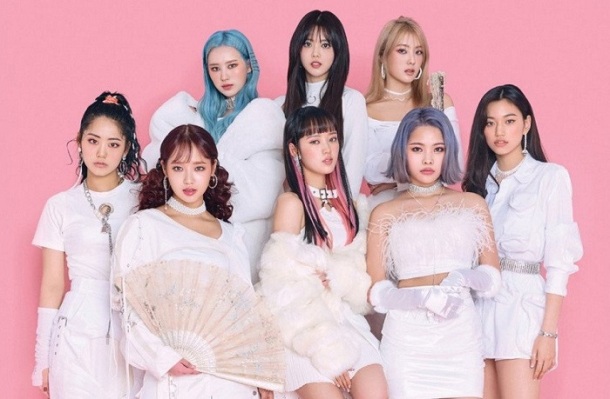 Weki Meki didn’t release much music in 2019, but it was their strongest year yet. Picky Picky drew on their quirkier side to great appeal, and Tiki Taka was the summer anthem that should have taken over all of the charts. Taken together, these songs formed a solid stepping stone to build upon. Unfortunately, new single Dazzle Dazzle feels more like a step back to their polarizing debut-era singles.

This track is an example of a girl group trend I’m finding less palatable the more I hear it. It’s the conversion of pop song into playground taunt, complete with vocal affections that infantilize the performance. This is evident right from Dazzle’s introduction, when Suyeon transforms the word “me” into a bratty coo that instantly conjures images of hair twirling and eye rolling. It’s a needlessly obnoxious way to phrase a lyric, and I’ve seen it hijack way too many girl group tracks of the past few years. Instead of just singing the song straight, a group like Weki Meki is twisted into a loud aegyo machine. Maybe I’m just not the target market, but I find it more irritating than endearing.

This near-constant play-acting makes it hard to enjoy the strengths of a song like Dazzle Dazzle. Its chorus is the rare oasis of sanity within a maelstrom of chirps and chants, drawing on an ascending hook that makes much better use of the girls’ vocals. Tethered to a different song, I think this segment would be more enjoyable – compelling, even. But, it’s competing with verses that constantly churn out chaotic energy, painting the girls with the same stereotypical brush as many of their peers. In some ways, it’s ITZY-esque, but ITZY bring a certain strength that somehow elevates the formula. Unfortunately, Weki Meki just kind of get lost in the aegyo illusion. I know that K-pop is built upon a wall of artifice, but for me this particular veneer is wearing thin.