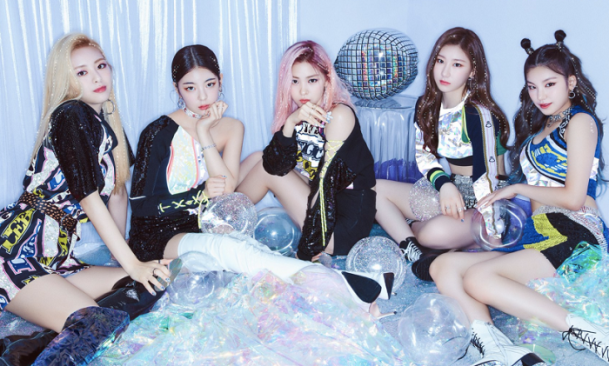 Given the pedigree of JYP Entertainment, ITZY were never going to be anything but an instant smash. Still, the girls have exceeded already-high expectations, delivering one of 2019’s only bonafide idol group blockbusters in Dalla Dalla. While much of the Korean charts have been clogged with ballads and r&b this year, ITZY’s unabashedly ballsy K-pop sound has been a welcome fixture within the public consciousness. If Dalla was their coming out party, new single ICY is proof that ITZY is here to stay.

Like their debut, ICY is a song in pieces, and is best evaluated as such. Certain moments work better than others, but the girls’ undeniable charisma helps to pull everything together. The first time through, the track’s unflagging energy is difficult to decipher, pin-balling from one brash element to another. The instrumental is filled to the brim with noise, from layers of percussion to frigid synths to chirpy vocal flourishes. It’s all a little much initially, but the song’s immensity is part of its charm. ITZY’s music has no qualms with going over the top, and that brazenness is important for a rookie group — no matter how successful their agency may be. I just wish ICY found one single musical element as intoxicating as Dalla Dalla’s funky bassline.

My main concern with ICY is the arrangement of the girls’ vocals. They’re often forced to strain towards a higher key than feels comfortable, and this results in a few segments that border on cloying (the octave-scaling bridge, in particular). The song almost needed a more reserved performance to counter the insanity of its instrumental.

Still, ICY’s melodic pre-chorus is a definite standout, adding anthemic heft to a track that largely rests on attitude. In contrast, the chanted hook that follows may seem underwhelming, but I think it works just fine. There’s a funkiness to this chorus that jibes well with the unflagging beat, and I wouldn’t be surprised to see it win over listeners in the same way that Dalla Dalla’s more impetuous moments have. Even better is ICY’s extended dance break, which capitalizes on ITZY’s strongest appeal. For such a young group, they offer a compelling shot of performance-oriented energy. With this in mind, ICY’s more frustrating elements are easily overlooked.