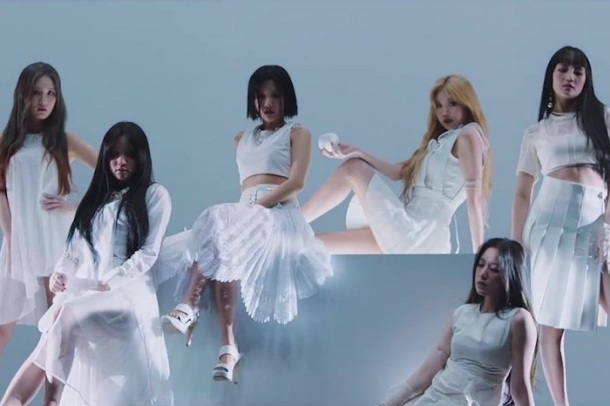 (G)I-DLE seemed to debut right at the perfect time, finding instant success with a sound that was both trendy and addictive. Their run on last year’s Queendom series only boosted their appeal, spotlighting some of the lesser-known members and painting the group as a do-it-yourself idea bank. The concept of self-producing idol groups is not new, but (G)I-DLE have made it their calling card. This results in a cohesive sound and personality, though the quality of their material has varied.

After the success of Lion, the girls are back with Oh My God. The song builds upon the moody, heavily-stylized aesthetic that they honed on Queendom, but it’s a much more uneven track when compared to their best work. Things kick off with a bang, as the song offers a dramatic introduction underlined by church bells. From here, we move into a more standard verse that lays their vocals over a trap-hop beat. It’s nonetheless catchy, and fits right within their wheelhouse.

Oh My God’s pre-chorus is its most galvanizing moment. Layers of instrumentation and backing vocals build atop each other as the melody intensifies. Sadly, this sense of build culminates in a truly lackluster drop. Even in the best examples, I’m not a fan of songs that are built so heavily around a repetitive drop. And, Oh My God’s is particularly problematic. The instrumental collapses into a lurching hellhole of skeletal trap, within which Soyeon and Minnie give the most affected of performances. It doesn’t feel authentic, but worse yet it doesn’t serve the rest of the song. It’s like an unwelcome roadblock to a track that was functioned well enough on its own. I’ve often feared that (G)I-DLE would drift too far towards style rather than substance, and an indulgent approach like this only justifies that concern.