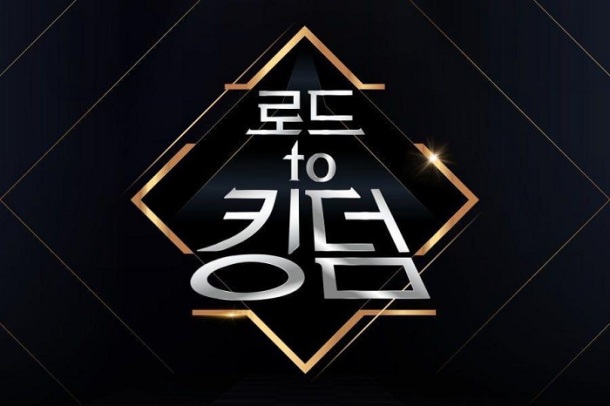 Now that my horse has left the race and is feeding peacefully in the neighboring pasture, I can watch this show without frayed nerves.

Before I natter on about the pointlessness of eliminations and rankings, let me link to a feature I posted earlier in the week, where I outlined the kind of idol-based variety I’d like to see more of:

Unlike those ideas, most of Road to Kingdom‘s behind-the-scenes moments during the collaboration rounds consisted of the groups talking about how much they need to win, and how many points they needed to get. I find it telling how RTK and Queendom have essentially played to gender stereotypes, with more of a focus on bonding with the girls and more competition for the boys. After all, Queendom spent over an hour of airtime having the girls pick their duet partners in a series of (friendly) social persuasions. It was probably my favorite episode, actually. There’s not a lot of socializing on RTK. Everyone is just hyper-focused on WINNING.

A couple other observations before I launch into the individual performances:

1. This tired trope of “The Avengers” needs to end. It seems like every Mnet series has to give this label to at least one team at one point. It feels arbitrary and lame. (and after all, we already know who the real Avengers are…)

2. The forced reaction shots during performances are getting a little too over-the-top, and it makes it feel even more scripted. At this point, they’re reacting to a damn fog machine like it’s the Second Coming.

I reviewed VERIVERY and TOO’s performance last week, but we still had more to see this week.

Let’s be honest, there’s not a lot of meat on Kill This Love‘s bones to begin with, which makes it a pretty good choice for rearrangement. As expected, most of the work in this regard seemed to fall to Pentagon’s Hui. Despite these two teams’ desire to work together, I found the behind-the-scenes content to be pretty stilted. It didn’t feel like much of a collaboration — more like a guest feature.

Those who read my reviews often won’t be surprised to hear that I loathed this trap-fueled arrangement. It was so needlessly dark, and stripped an already melodically spare song of its (few) redeeming features. The “pa rum pum pum pum pum” parts felt especially silly when performed in such a “serious” context. Enough with the “armed militia” and “graveyard haunts” concepts.

Starting with the behind-the-scenes clip, this was the only stage that felt like an actual collaboration. I wonder if this is because the two groups are both of a similar age, so there wasn’t too much of that awkward hierarchy?

Regardless, these two teams picked the best song, by a mile. They also had the best performance. The concept was refreshing and unique, and I liked how it spotlighted collaboration and unity (which was the point of this round, right?). It gave everyone a chance to shine in their respective fields, and was the only stage this round that felt remotely joyful or celebratory.

If I were ranking the three performances:

Of course, the actual ranking turned out to be:

And… if I wasn’t already aware from last week’s elimination that RTK‘s small voting block has completely different taste than me, this pretty much sealed the deal. I just don’t get it, at all.

And here’s when whiplash sets in. Seriously, there’s no breathing room between rounds and performances on this show. It’s like bang! bang! bang!… “that was so uplifting, but we have to vote NOW. NO ONE’S SAFE. NEVER FEEL JOY AGAIN BECAUSE YOU LOSERS ARE ALWAYS IN DANGER OF ELIMINATION!”

And… they’re already in their stage outfits for the next round. Seriously, has Mnet ever heard of the word “transition?”

For this round, if I caught everything correctly, the groups picked a song to perform, but then the twist was that their former collaborators would actually be the ones performing it. Ok. Very clever, Mnet.

Honestly, though, I think it would have been more fun to see the groups perform songs from each others’ discographies rather than picking any K-pop song they wanted. We ended up with a real hodgepodge of old classic and newer… choices.

For this portion, I’ll write about the performances in ascending rank (according to yours truly), rather than the order they actually aired on the show. Of course, we only saw half of them this episode.

I’m interested to know what their idea of “punky” is, since that was meant to be the concept here. I certainly didn’t get “punk” from this performance, apart from some of their styling (which was almost universally awful). Instead, this felt like a serviceable re-creation of the original song. It lacked any unique perspective of its own (and no, those appropriated dreads don’t count as “perspective”). The ending bit with the spray paint was particularly cringey.

I guess kudos to them for getting GOT7 to guest-star in their behind-the-scenes clip!

There’s a Grand Canyon-sized gulf between this performance and Hard Carry, even though I’ve ranked it in second place.

I loved the behind-the-scenes clip, mostly because I got to see Monotree’s Hwang Hyun at work. I kind of geek out over my favorite producers, and Hyun is definitely in that category. It’s always fun to see these people as more than just a name on the credits of an album. Plus, major props to E-Tion for speaking truth to power regarding bright versus dark concepts! I support you, kid!

I’m also a big fan of It’s Raining, and combining that with a Michael Jackson concept speaks deeply to my musical tastes. The arrangement here was pretty much everything I wish K-pop was in 2020. Mixing in that epic riff from Complete was an inspired choice, and I loved the Beat It-esque electric guitar. The only aspect that bumps this down to number two on my list were all of the unnecessary pauses in the performance. I feel like they really stalled the momentum. But, you better believe I’ll be listening to the recorded version of this often!

Now… every boy group in K-pop, listen up! You had better start releasing this style of music again. Save us from the moody trap!

1. ONEUS – Be Mine (original by Infinite)

Okay, Infinite is my ultimate bias group. I consider Be Mine to be one of the greatest, most iconic K-pop songs of all-time. But, I’ll admit that it’s awful in the context of competition shows. It’s just not the kind of song that lends itself to these kind of stages, and groups who perform it on survival series almost always receive poor results.

With that said, this was probably the best re-arrangement of the song I’ve ever heard. Of course, there really haven’t been that many re-arrangements! Most competitors on these shows try to perform it straight, and without the pop of Infinite’s vocal line it just comes off like a lackluster copy. I was so afraid that ONEUS would opt for some melody-killing trap mix. But, they kept the DNA of the original and heightened it for this setting.

The staging was also really cool. I loved the cutting of the banner, and the use of props at the beginning. It was just really creative, and supported a clear story rather than distracting from it. I think this was ONEUS’s best performance of the series, by far.

Also, I’m kind of obsessed with “RomeHo.” I don’t think they fully grasped the connotations of that in English!

27 thoughts on “Road to Kingdom: Episode Six Recap and Ranking”