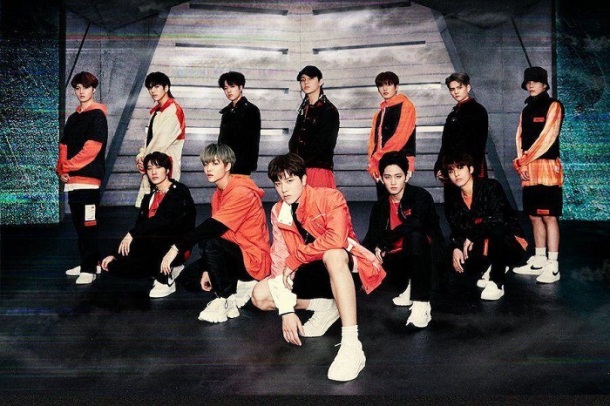 Twice now, I’ve underestimated Treasure’s title tracks. Though Boy and I Love You each earned a “good” rating on this blog, both quickly grew on me despite some of my quibbles. This hindsight leads me to approach new single MMM (음) with a different perspective. Yet, just as I’m poised to embrace another jarring dance track, the guys deliver something much more consistent.

As with many YG Entertainment debuts, Treasure have blitzed the industry with comeback after comeback during these past few months. This approach allows them to spotlight various sides of their sound in a quick volley, and it was probably smart to take a more hip-hop approach with MMM. This genre used to be a stronghold for YG, but over the last five years, other big agencies have followed suit. I mention this because, to me, MMM sounds more like an SM hip-hop track than what I’d expect from YG. This isn’t a bad or good thing, but its off-kilter, electronic beat surprised me.

MMM does a nice job balancing its elements, and never swerves into disconnected segments the way Treasure’s singles have tended to do. The beat remains relatively steady throughout, except for when the chorus opts for (an ill-advised) EDM jackhammer. MMM’s verses are playful and fun, trading between rap and vocals with flair. The chorus is less impressive, but gets the job done. It rests heavily on its beat, and MMM’s fundamentals are strong enough to support what’s essentially a one-phrase hook. The track climaxes in a more robust, chant-like finale that sends things off on a high. Oddly, this will end up tied as my highest-rated Treasure single so far, even though with hindsight I actually prefer Boy and I Love You.