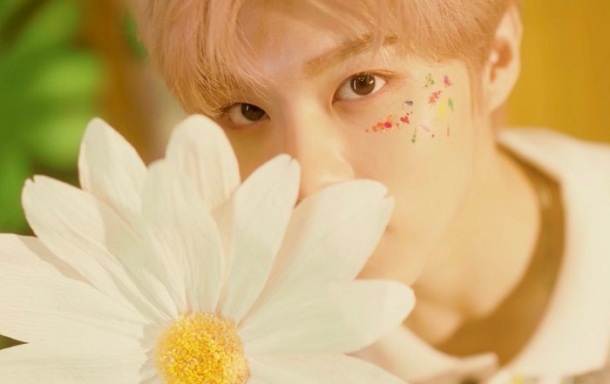 After his success on Produce X 101, UP10TION’s Kim Wooseok embarked on a solo career. So far, this has resulted in one mini album last May. Given its robust sales, I’m actually surprised that Top Media waited so long to give him a comeback. But better late than never, I suppose. He finally makes his return with the much lighter Sugar.

If I’m being honest, I’m still not sold on Wooseok the soloist. That’s not a dig on him or his skills. Not every idol group member is well-positioned for solo work. I found his 2020 debut to be pretty forgettable, and Sugar feels generic in its own way. As the title suggests, there are shades of Justin Beiber’s Yummy or Baekhyun’s Candy here. In their own way, the three songs form a sort of sugary mid-tempo trilogy.

A song like Sugar isn’t meant to be complex or dynamic. It’s a groove song, throwing down its beat and laying a chill, amiable vocal over the top. For this to work, the track requires a killer beat and a killer vocal. Sugar has a fine beat and a fine vocal, but that’s just not enough to get it over the finish line. Apart from some welcome bursts of brass during the chorus, the instrumental feels recycled from any number of tracks over the past few years, utilizing that plonky, marimba-like percussion we’ve heard so often. Wooseok offers an airy vocal, but the melody isn’t all that memorable. In the end, Sugar will likely get your head nodding, but I don’t see its charms having long-term appeal.