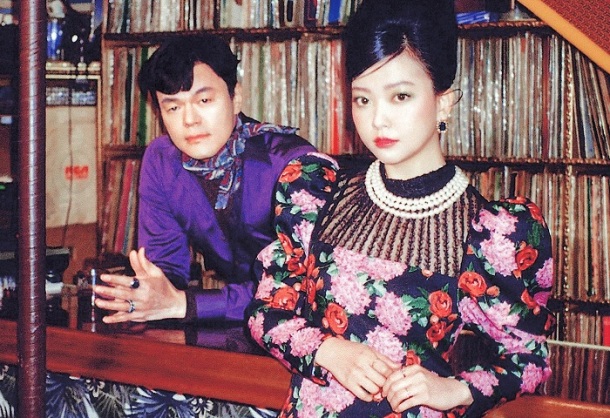 I’ve always felt that there was a thin line between trot and country music. The genres don’t really sound the same, and hail from completely different cultures. But, their emotive, confessional nature feels similar. So, what would a country song sound like if performed by a trot singer? JYP’s Corny Love Song (촌스러운 사랑노래) attempts to answer that question.

Park Jinyoung has revealed his first composition within this genre, and went on a search to find the perfect singer to bring it to life. This led him to Yoyomi, a burgeoning trot performer with personality for days. She’s the rare apprentice with enough chutzpah to stand up to JYP’s intimidating coaching style, and possesses a rich and evocative voice. That makes her perfect for a track like Corny Love Song, which hinges on a sense of authenticity and pathos.

Throughout the training process, JYP attempted to curb Yoyomi’s trot influences in favor of a smoother country drawl (using LeAnn Rimes’ epic Blue as a vocal template). That effort can be heard throughout the track, as each note is elongated to flow into the next. The song itself largely circles around the same few refrains. It’s a plea to emotion more than anything else, and succeeds in that aim. But melodically, Corny Love Song doesn’t feel like a new classic. The track has a timeless appeal, yet it never quite finds the potency it needs to become much more than a curious side project. But with any luck, this high profile pairing will introduce more listeners to Yoyomi. She’s a real talent, and deserves a breakthrough.