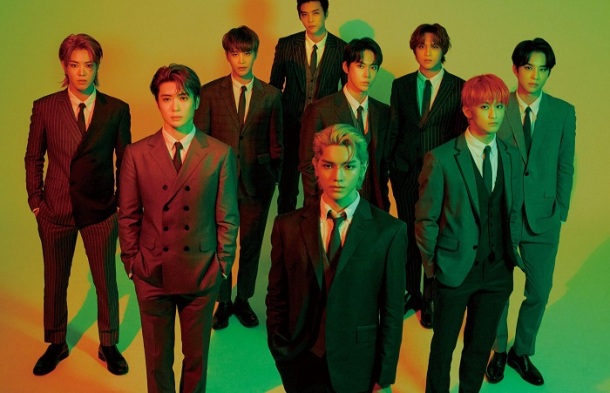 There was a time when SM Entertainment’s Japanese releases were something to really look forward to. The J-pop discographies of Girls’ Generation, SHINee and TVXQ are particularly strong and often pushed the artists in new directions. But, I can’t remember the last time a Japanese single by an SM artist really stood out – maybe Taemin’s Famous in the summer of 2019? NCT’s Japanese releases have largely felt like an extension of their Korean work, yet not as strong. New single Gimme Gimme brings together agency powerhouses Moonshine and Kenzie. But, it suffers from the same noise-over-melody obsession that’s marred so many recent boy group comebacks.

To be fair, NCT 127 were an originator of this noisy sound. Their music is often experimental and can come across as inscrutable upon first listen. Usually, these tracks ingratiate themselves the more familiar they become, but the group’s jackhammer-through-the-brain style is beginning to wear thin. Gimme Gimme isn’t helped by its central synth riff, which employs a truly irritating tone that dominates the track. Sometimes, it feels like K-pop producers are engaged in a game of chicken, fighting to see who can anchor a track with the most obnoxious loop. And in a pop culture dominated by memes and trends, this is hardly surprising. But while these sounds may gain attention in the moment, they rarely create music that endures past a limited shelf life.

Like so many tracks of this nature, Gimme Gimme just doesn’t have much meat on its bones. Its dramatic chorus has potential, and might have been a highlight if the members’ strong vocals could fight their way past the maelstrom of instrumental cacophony dragging them down. Beyond this moment, Gimme Gimme is basically NCT’s rappers doing what they always do. As with many recent NCT tracks, there’s way too much posturing for my taste. Lots of grunts and grumbles, but little in the way of memorable flow. What happened to the group that gave us Superhuman and Highway to Heaven only two years ago?