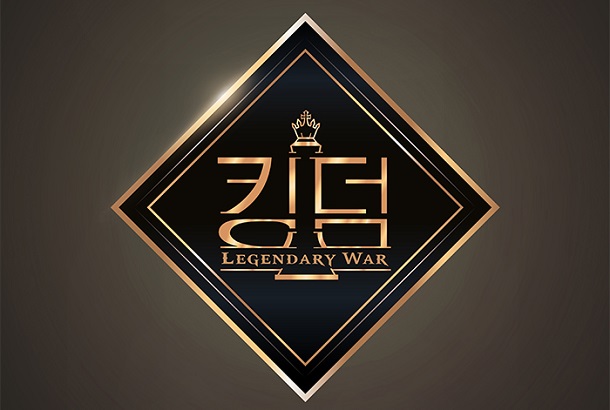 THE AFTERMATH AND THE RE-BIRTH

Following last week’s ranking, the groups head back to the respective agencies to celebrate or lick their wounds, depending on their outcome. BTOB thinks their performance lacked story, while ATEEZ can’t wait to share their victory with their fans. Poor SF9 are just despondent. But, I guess their last-place finish sets them up for a comeback. With eliminations off the table this year, I don’t think the guys need to be too concerned about the rankings. It all plays into the storyline, either way.

The groups finally get the reviews from the mysterious “experts” – an entity seemingly composed of music critics. This only makes me wonder if any of them ever read The Bias List. Gosh, I hope not!

The second round is called “Re-born.” The teams will choose songs from their opponents’ discographies and re-interpret them. This is the sort of challenge that a show that Kingdom should be about. I love watching groups dissect each other’s songs. I bet so many idols covet songs by other groups, wishing they had the opportunity to perform them.

For this round, the groups are paired up as such:
iKON and ATEEZ
Stray kids and BTOB
The Boyz and SF9

The choosing of these pairings elicited my favorite quote of the season so far:

Provided this isn’t a mistranslation, I honestly don’t even know what that’s supposed to mean. Is he afraid he’s going to have to get a lot of extra piercings? Honestly, I kind of prefer it to be an out-of-context exclamation, suitable for any occasion.

ROUND TWO: MY RANKINGS

Disclaimer: I’m watching the full episode, not the unedited clips on YouTube. I’ll be embedding the full YouTube performances in these posts, but my ranking is determined by what was shown in the episode itself.

SF9 will be covering a song from The Boyz’ catalog, which isn’t too far outside their comfort zone. The two groups share some overlap in style. They opt to go with The Stealer, which was one of my favorite songs of last year. But, I worry that it’s not too far from SF9’s own sound, and may just come across as generic.

They decide to go with the concept of film noir, which has also been done to death. To help, they get some acting practice, even though several of them are already professional actors. This ‘lesson’ involves scowling like gang members, which only makes me want a full-on West Side Story concept. Unfortunately, Kingdom is much too serious for that. It is a “legendary war” after all!

The behind-the-scenes package spends way too much time on this acting lesson, and the results are pretty dull. Lots of serious faces and slow walking. In other words, they’re learning to do what they already know how to do. It’s pretty much what every boy group does.

As for the performance itself, it’s what I expected. I’m not sure I’d call this “noir” as much as straight-up gangster film. Honestly, I’m not a huge fan of guns being such a central focus of a performance, and they look particularly silly in the guys’ hands while executing the choreography.

But, the least interesting part of this performance was the music itself. The point of this round is to reinvent a song, but I don’t think they did that here. Sure, the instrumental used some new sounds, but it followed the same tempo cues as the original. Except, it slowed to a crawl more times than necessary. Basically, they drained a lot of the life from this dynamic track. The song almost got lost amidst all the choreo breaks.

On the plus side, I like how they infused the performance with action movie stunts. There were some cool moments, but it was too self-serious overall. Way too many weapons. (On a related note, I find it so strange that the knife prop had to be blurred out, yet SF9 could brandish flamethrowers and guns and even shoot someone dead on stage.)

In short, this revealed nothing new about SF9, the song, or boy groups in general. I really want to get onboard with these guys through Kingdom, but this is not gonna do it.

iKON covering ATEEZ is an interesting prospect. The groups share enough connective tissue to make it work, but they’re quite different from each other in some key ways.

iKON are coming across really well on this show, and the behind-the-scenes chat between them and ATEEZ is the kind of fun interaction Kingdom should be about. I don’t know why MNET is so hesitant to linger on these lighthearted moments for longer than a minute or two. Queendom’s best episodes barely featured performances at all. Fans want to see these idols interact and be friends. It doesn’t always have to be about competition.

Funny enough, iKON’s behind-the-scenes package spends a lot of time talking about ATEEZ rather than themselves. I appreciate the lightheartedness and humor that the guys bring to this show. They don’t seem like they’re taking this as seriously as some of the other groups, and I mean that as a compliment. Yes, they’re putting on great performances. But, these are not being framed as life or death endeavors. For me, self-deprecation will always be an attractive quality in a group.

They decide to perform Inception, and theme it around dreams and surreal imagery. They’ve got some heavy duty props this time, which isn’t something I usually imagine when it comes to iKON. Their charm is more about how they bring personality to the stage. But, I think this is an interesting challenge for them.

I’m not a huge fan of the musical changes they made to the song, but I appreciate the fact that they tried to re-interpret it through their own style. Instead, the star of this stage was the inventive set that helped convey the surreal imagery they were going for. I also thought that Bobby’s solo was a standout moment, even though it felt more like iKON than “iKON doing ATEEZ.”

I also enjoyed the simplicity of this stage. I mean, sets were literally folding in half, so it’s not like they were just standing in a white room or something. But, there was a cleanness to the staging that was easy to follow. With that said, if you were to remove the visual components entirely, I don’t think I’d want to listen to this mix of the song on its own. Of course, the music itself is only a small part of the Kingdom experience.

The group starts out by trying to replicate SF9’s legendary rotating dance. I still remember the first time I saw them perform that on a music show. It’s such a cool bit of choreography, and I don’t think it received nearly enough attention from the general public as it should have. Predictably, The Boyz are a mess trying to learn it.

To help them decide which song to sing, the guys consult some of their Road to Kingdom competition: namely ONEUS, VERIVERY and ONF. I’m a little salty that Golden Child wasn’t invited, but I’m sure they’re happy to permanently wipe Road to Kingdom from their memory.

Each behind-the-scenes package with The Boyz makes me want to invest in good therapy for the members. I really hope they’re taking care of themselves. They seem to be so burdened. Going through a tough show like this two years in a row must be exhausting.

Ultimately, the RTK reunion becomes more about the other groups propping up The Boyz’ self-esteem. But somewhere between the edits they chose O Sole Mio to perform in this round. I think is a smart decision. Not only is it different from anything the group has done before, but it’s one of SF9’s strongest and most iconic songs.

Kicking off with a flurry of explosions and a tango in a birdcage certainly alerts us to the creativity on display. One thing you can always count on from The Boyz is innovation when it comes to staging.

I loved the tango mix of this song. It added a drive that was absent in the original. I wish the entire instrumental kept up this energy, as it too often lulled in order to provide opportunities for rap breaks and dance breaks and all the other breaks that K-pop stuffs into every performance whether it should be there or not.

But, the stage had focus when it came to color and mood. It reinvented the song in a way that made total sense. I don’t know that it rivals their best performances in Road to Kingdom, but it was certainly the most exciting stage they’ve given us yet this year. It was also nice to hear some power vocals from them during the climax, as they’re usually more focused on dancing and stage craft.

Of course, after the performance was over, all they could focus on was the staff/scepter prop that wouldn’t light up. Honestly, if they hadn’t mentioned it, I wouldn’t have even known that was supposed to happen. Stop being so hard on yourselves, guys!

EVEN MORE RANKINGS FROM LAST WEEK…

At the end of the episode we finally get a peek at the remaining ranking categories: Online Performance (ie: streaming) and Global Evaluation (ie: popularity contest)

This is not what I had anticipated at all, and surely reactionary to the results from the experts and the group evaluation. SF9 seem to have garnered sympathy from fans, while The Boyz’ voters may have assumed they were already safe.

One thing is not surprising, though. This is Stray Kids’ competition to lose. They’re scoring high on all metrics.