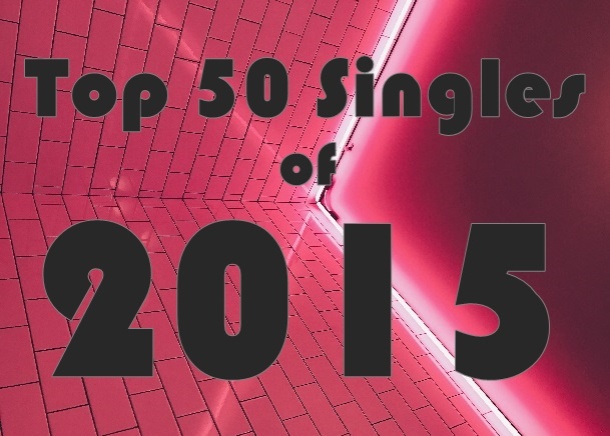 This week, we’re journeying back half a decade to look at K-pop’s best releases of 2015!

2015 was a prime year for K-pop. It saw the return of industry royalty, as Bigbang blitzed the market with no less than seven singles. It acted as the launchpad for many of today’s top acts (Twice, Seventeen, GFriend, Monsta X, Oh My Girl, DAY6, etc) and fostered the growth and resurgence of others (BTS, Red Velvet, BTOB, GOT7). In fact, I think the case can be made for 2015 being the start of a whole new K-pop generation.

It was also a year without one definitive musical trend. This allowed for a diverse palette of sounds and ideas. At the same time, many of K-pop’s modern genre touchstones (house, tropical, EDM, trap) really began to flourish in 2015. The year was transformative in so many ways, and this list will only touch the tip of that iceberg.

Each day this week, I’ll be counting down ten of the year’s best, until number one is revealed on Friday.

**Note: This countdown covers January-December of 2015, which means there may be some overlap with my old 2016 countdown, which included 2015’s December releases as well.

In a year of engaging pop melodies, Donghae and Eunhyuk found one of 2015’s strongest. Growing Pains is pure aural melodrama, surging and swelling and hitting all the right moments of catharsis. It’s immensely melancholic… yet that brisk, guitar-led dance beat is anything but.

Seventeen hit right out of the gate with the infectious Adore U. It’s a funk pop firecracker, bounding from one sharply-honed hook to another. The guys perform the hell out of it, belying their status as rookies. This was the beginning of a new voice in K-pop — one that would quickly come to rule the charts.

GOT7 showcased a variety of moods in 2015. Fresh off the quirky hip-hop pop of Just Right, the guys delved into angsty territory with If You Do. The chorus on this one is a behemoth, effortlessly smooth as it aims straight for the heart.

One of 2015’s most idiosyncratic singles, GOT7’s Just Right merges a southern hip-hop rhythm with K-pop’s love of bright, cute concepts. The entire track is an earworm, climaxing in a harmonized hook that gives Just Right a killer twist.

Nine Muses pulled no punches with Hurt Locker, delivering a gale force pop stomper that brought an unexpected intensity to the summer of 2015. The entire song is a highlight, but those layered, ascending power notes that punctuate each chorus are pure nirvana.

GFriend expanded on the powerful sound of Glass Bead with an even catchier hook. Me Gustas Tu quickly became iconic, and for good reason. It’s a brilliant blend of delicate keys, hard-hitting percussion and gorgeous strings. The chorus takes no prisoners, pounding forward with sheer exuberance.

After a year’s hiatus, Infinite brought their dramatic, symphonic sound to a more hip-hop oriented single. Bad swells with urgent intensity, opening with a swirl of theatrical strings before moving into a hard-hitting verse. The chorus is less melodic than any of the group’s past singles, but that rhythmic hook works wonders.

Legends meet Legend with Call Me Baby, as EXO turned to pioneering producer Teddy Riley to craft this monstrous beast of a funk workout. With synth brass forming a mighty backbone, the track pulses on relentless energy. EXO deliver a whopper of a performance, especially as the instrumental pulls away for focus on their effortlessly smooth vocals.

SHINee lose themselves in the music, and make sure that we’re all brought along for the ride. Married To Music continues SM’s funk pop explosion of 2015, establishing an effusive groove and kicking it up a few notches as the track moves forward. That dramatic transition to the second verse is everything.