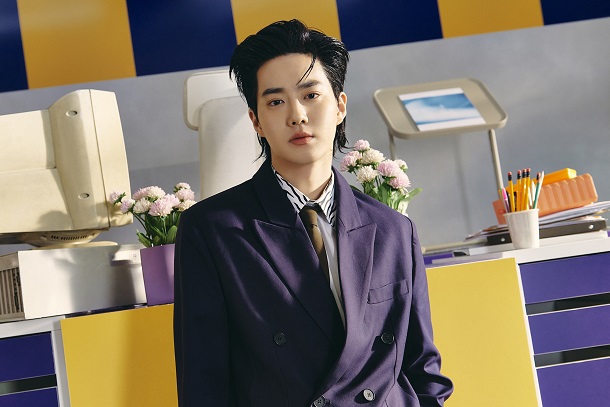 EXO’s Suho completed his military service earlier this year and has quickly returned with a new solo album. Last time we heard from him, he delivered the soft-rock balladry of Let’s Love. The song did incredibly well, establishing his voice outside of EXO. I’m all for K-pop members exploring a more rock-infused sound, but the album left me pretty cold. New single Grey Suit doesn’t do much to dispel that feeling.

It’s hard to fault a track like Grey Suit because it isn’t trying to be anything beyond a pleasant ballad. If you go in with those expectations (and are already predisposed to loving Suho as an artist), you’ll be pleased. He has a lovely vocal tone for this style and imbues the chorus with a warmth akin to a comfortable blanket on a cold afternoon. Strings offset the subtle rock guitar, creating a cinematic backdrop that gives Grey Suit plenty of atmosphere. The bridge is particularly nice, as Suho segues into falsetto for a dynamic piece of ascending melody.

Unfortunately, it takes a lot for a song like this to stand out on my playlist. My interest in pop music first emerged in the 90’s when sentimental rock like this still ruled the airwaves. It’s safe to say I’ve heard (and enjoyed) a lot of songs in this style. With that in mind, Grey Suit is neither here nor there. Its melody is pretty but subdued, which makes it a bit forgettable. It’s wonderful to hear Suho’s voice again, but I wish he would have opted for a more colorful suit than grey.