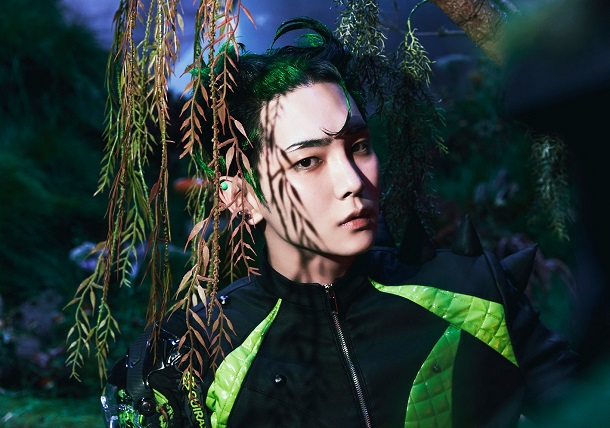 Key’s Another Life was first revealed almost a year ago during the live stream of his Groks in the Keyland concert. Now it’s finally found a home on his upcoming album, and although the video is taken straight from the concert interstitial, I’m going to call it a pre-release because I want to write about the song! Gasoline’s title track promises a more classic SM sound with hip-hop influences, but for those looking for a sequel to last year’s Bad Love, Another Life is your song.

Many K-pop acts have harnessing synthwave sounds over the past few years, but Key feels uniquely suited to the genre. He’s an avid fan himself and seems to have a high level of creative control. His prickly tone also compliments the synthetic nature of these instrumentals, offering a contrast that makes the music pop. Another Life brings the drama from its first moment, pulsing forward on aggressive electronics that forge an unyielding backdrop. It feels like you’re being sucked into some wonderful K-pop wormhole.

Another Life is probably too simplistic to be promoted as a title track in this day and age. But, its sense of melodic continuity makes for a great listen. I’m particularly taken with the chorus, which surges with anthemic energy to form a stirring, dynamic centerpiece. Key commands every moment of the track, from its melodic highlights to a cool rap break during verse two. He’s on top of his game, recording the music he wants to make with vision and scope. The K-pop industry is so lucky to have him.