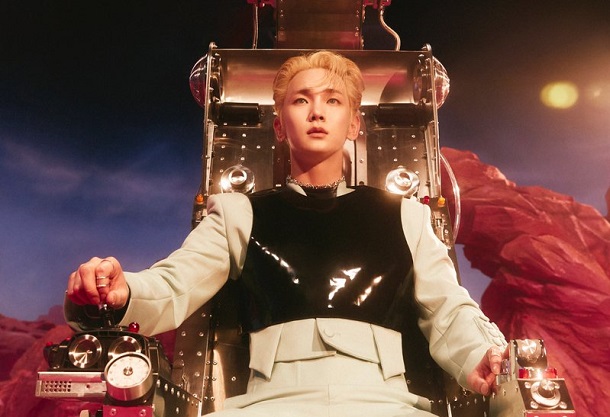 After being delayed from a planned July release, SHINee’s Key has finally returned as a soloist with his Bad Love mini album. Judging from reports, he and SM Entertainment clashed on everything from concept to title track. I imagine a scenario where SM presented some dusty old NCT scrap and said: “this is what the kids are doing today.” Quite rightfully, Key insisted he follow his own path. He’s been vocal about this album representing the kind of music he enjoys, and I’m immensely proud of him for sticking to his guns. Key and I happen to share similar taste in pop music, but even if we didn’t, it’s so important for artists to release material they enjoy performing.

With this in mind, Bad Love is utterly victorious. If anyone was going to do justice to K-pop’s new retro trend, it’s Key. It’s as if he was simply biding his time, waiting for this style of synth-infused dance pop to make a resurgence.

After a scuzzy bit of electro distortion, Bad Love vaults into its undulous beat. This heavy synth groove powers most of the track, apart from the beautiful pre-choruses that opt for a nimbler rhythm. Every element comes together for the chorus, crafting a forceful arrangement powered by chanted backing vocals and exuberant samples. This results in a track that never lets up. Bad Love is intense from start to finish, and Key’s vocal follows suit.

On first listen, I was knocked flat by Key’s performance. We all know how talented each and every member of SHINee is, but when it comes to Key I picture fashion and attitude before bombastic power vocals. Yet, his delivery on Bad Love knocks it out of the park. He belts most lines and sounds totally comfortable doing so. His climactic ad-libs shoot the song to the stars, adding that uniquely K-pop flair that turns global musical trends into theatrical euphoria. And, he’s helped along by melodically rich songwriting. Bad Love’s chorus soars, but every segment of the song finds unexpected peaks that keep it from stalling. Key’s solo work has always been great, but this feels like his full potential unleashed.