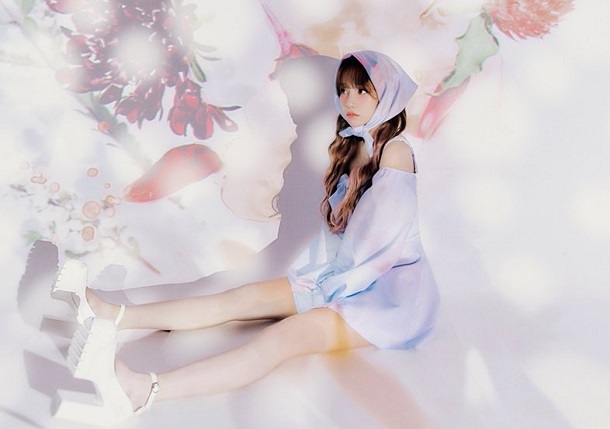 Jo Yuri’s Op.22 Y-Waltz series has moved from the major key of this summer’s Love Shhh to the “minor” key of her new mini album. This doesn’t bode well for me. I tend to be pretty biased toward the sound of a major key. What can I say? I’m a fan of upbeat sounds.

New single Loveable offers a grab bag of energies to suit all listeners. Its verses are sparsely produced, with the pluck of the guitar and Yuri’s voice. To me, they sound like the latest in a long line of self-confessional pop that’s become quite dominant in the international scene over the past five years. These songs tend to favor diary-like lyricism over dynamic song production and big melodies, making them a difficult prospect for a fan of over-the-top artifice like myself.

Fortunately, Loveable amps up during its chorus. I don’t find this hook to be especially compelling, but I welcome the stomping percussion and sing-along hook. Even with its sense of catharsis, the chorus slots neatly into expectations. It’s the inoffensive melody you’d expect to hear supporting an advertisement for acne medication or fancy shampoo. It has a vaguely anthemic quality, but nothing about Loveable hits hard enough to stick in memory for long. Jo Yuri does the best she can with the material, bringing the skills of an actress to invite listeners into the song’s light drama. As with her fellow ex-IZ*ONE members turned soloists, she has all the potential in the world. But thus far, her solo work has been eclipsed by many of her fellow bandmates.