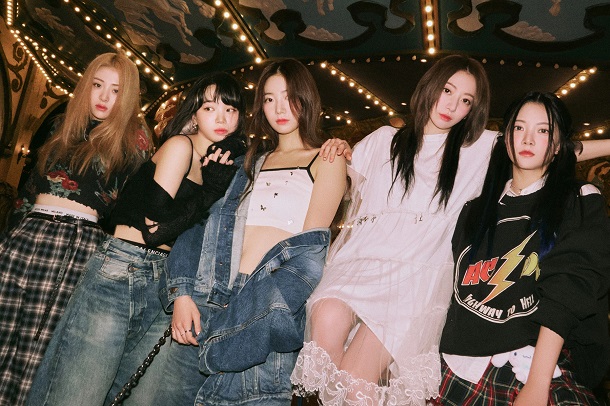 The strong series of b-sides that framed LE SSERAFIM’s debut Fearless helped make that song a big grower. In contrast, nothing outside of title track Antifragile really struck me from their newest album. I would’ve loved to see a music video for songs like Blue Flame or The Great Mermaid, but HYBE decided to save their follow-up promotion for Impurities.

In a way, I understand the approach. Thanks to acts like NewJeans, this style of laid-back 90’s pop is making a huge resurgence in the K-pop industry. Impurities paints within these lines. It has the style. It’s just missing the beguiling melody and lush arrangement that makes this sound soar. I mean, songs like Attention don’t come around every day.

Actually, Impurities reminds me of another girl group debut era. Back in 2014, Red Velvet followed up their bombastic Happiness with a sultry cover of S.E.S’s 90’s hit Be Natural. It was a smart way to display their duality, and it feels like LE SSERAFIM are opting for a similar approach. Impurities gets the job done, giving them space to showcase their vocals and their effortless sense of cool. The verses are a bit too sing-talk for my taste, failing to congeal into a melodic through-line that keeps my attention. But, I could see the song’s chorus becoming a major earworm the longer it sticks around. This hook would benefit from a more compelling vocal arrangement (more harmonies, perhaps?) and at least one distinct musical climax. Otherwise, Impurities is little more than a nice, groovy vibe.