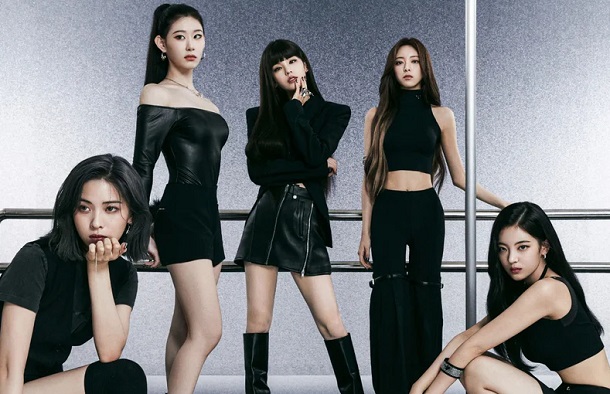 This summer, we were all punked when ITZY’s bold, fashionable teasers culminated in a song about… putting your sneakers on. The lead-up to that comeback played out like some grand meta joke, but the song itself had its charms (as silly as they were). New track Cheshire arrives on the heels of the group’s English-language Boys Like You, which also appears on this album. Like Sneakers, it was preceded with stylish teaser images that hinted at a chic evolution for ITZY.

Cheshire doesn’t deliver the same bait and switch – for better or worse. It won’t be as polarizing as Sneakers, but it’s also not very interesting. It’s the most subdued ITZY have sounded on a title track, and I don’t think that’s a great match for their appeal. The vocals are incredibly strained during the chorus, and that alone makes the song difficult to enjoy. I mean, this isn’t some dramatic belter of a track. I’m not sure why the key needed to be pitched so high. It’s quite jarring, to say the least.

Vocal performance aside, Cheshire is just kind of… boring. It lopes along a rugged electronic beat, creeping forward but pulling back during the verses. Sing-talk abounds during these segments, filling time but never delivering any exciting melodic punches (the dull “la la la” doesn’t count). A hint of potential pops up during the bridge as the beat becomes more aggressive. But, this never amounts to much. Compared to triumphs like Dalla Dalla, Icy and Wannabe, it’s all rather limp.