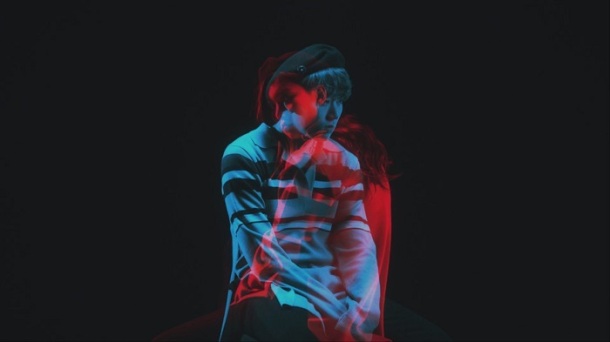 Zico has been incredibly prolific over the past few months, releasing single after single. As a big fan of his group Block B, I’m just a little bitter that his solo career seems to be taking precedence over a full group comeback, but you can’t blame the guy. Everything he releases climbs straight to the top of the chart.

Many have (unfairly) compared his music and success to G-Dragon. On the surface, they do share a lot of qualities, but their sound is really very different. For awhile, Zico was pursuing a harder hip-hop sound. To be honest, I never really bought that sound or image, and I’m pleased to see him being a bit more creative and diverse in his songwriting of late. This variation has caused me to run hot and cold when it comes to his releases, but I’m so thrilled that he challenged something more groove-oriented with I Am You, You Are Me.

To put it briefly, the song is the coolest solo track he’s released so far. Boys & Girls was catchier and more fun, but I Am You makes a case for Zico as an interesting artist. He previously collaborated with Zion. T on Eureka, and this song seems to borrow some of Zion’s style, especially when it comes to the gentle, nuanced vocal delivery. The track floats by on a warm, immaculately produced groove that sounds like the coolest coffee shop you’ve ever visited. The melody feels as if it simply came into being without any toil or revision. It takes an incredible amount of skill to create something that seems so effortless, and that sense of calm charisma will likely see this song enjoying great longevity.