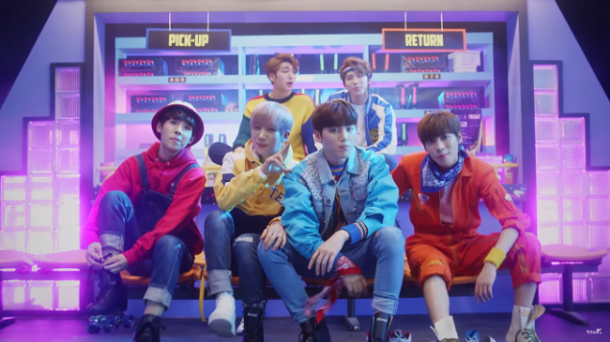 Most of the time, a kpop group’s title track is the best song on their album. But, sometimes b-sides deserve recognition, too. In the singles-oriented world of kpop, I want to spotlight some of these buried treasures and give them the props they deserve.

For those of us who love the polished Sweetune pop sound, Snuper’s new mini album Platonic Love is a real treat. It’s nearly all uptempo, and spotlights that 80’s, synth-driven production style that groups like Infinite and Boyfriend have utilized to great success in the past. Apart from the fantastic title track, Yes Or No was the standout for me.

After a nimble, guitar laced opening, the song takes a brief detour into more midtempo territory before launching into its powerful, propulsive chorus. The rapid-paced rhythm guitar adds an unbelievable amount of energy, supported by the squeals of synths as the guys repeat the simple (but ridiculously catchy) hook enough times to effectively drill it into your memory forever. It’s not a subtle or complicated track. Instead, its power comes from its breakneck pace and pop accessibility. It lays its hooks bare, alive and kicking. It’s a sound I hope to see the group build on with each comeback.

3 thoughts on “Buried Treasure: Snuper – Yes Or No”